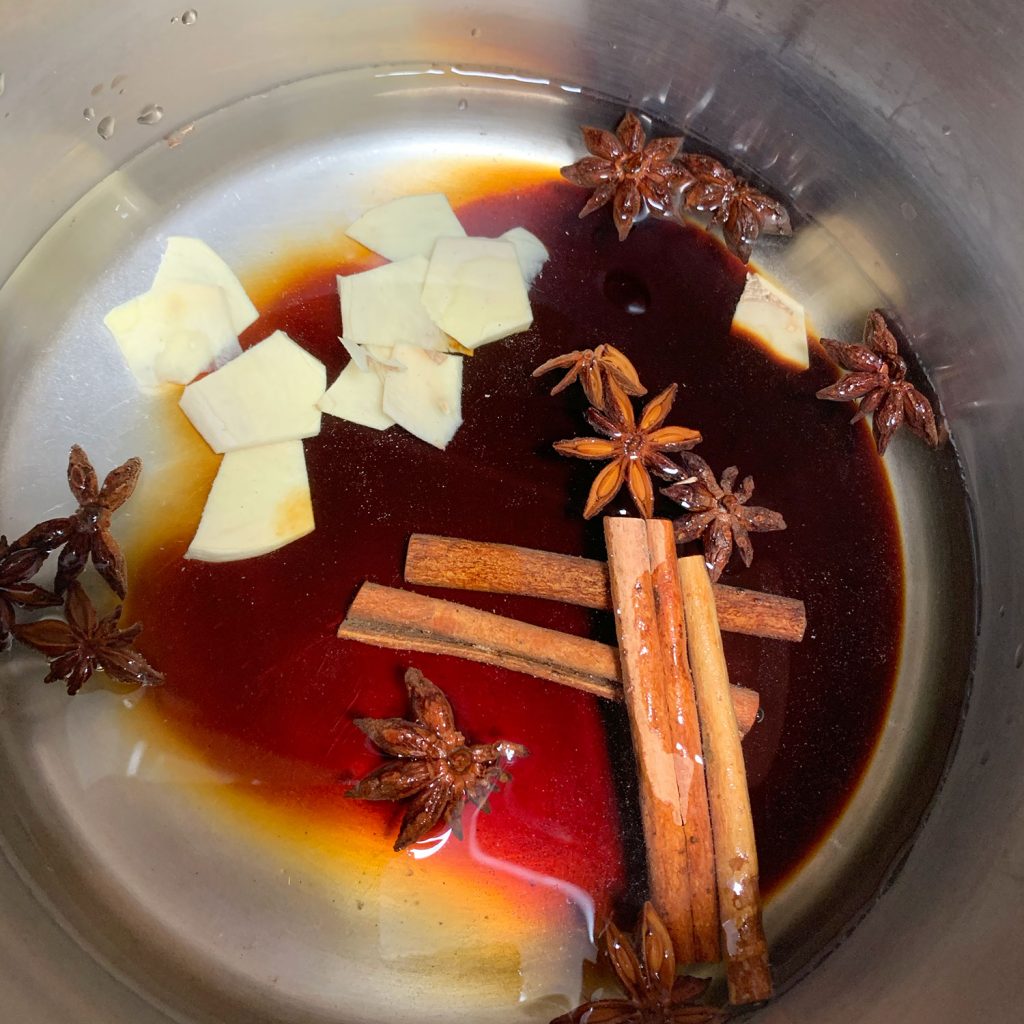 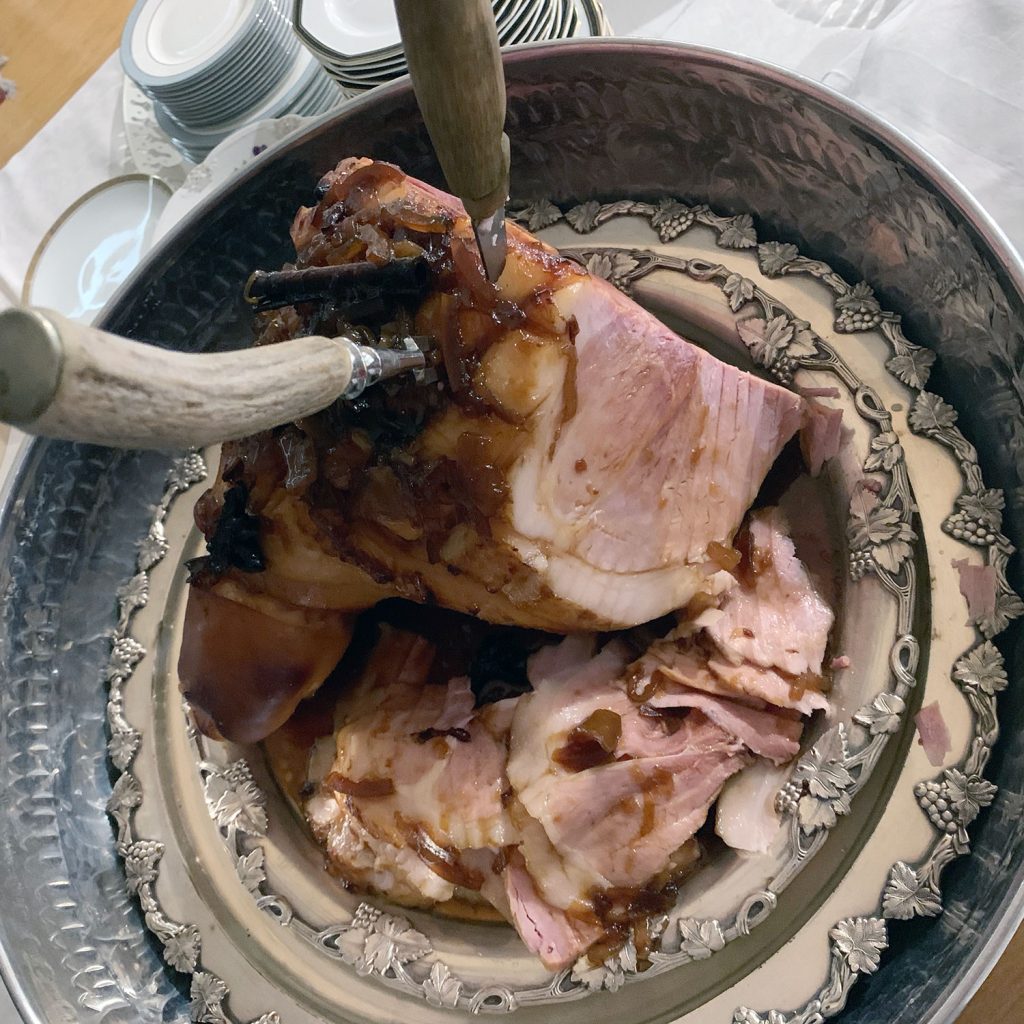 This can be made in advance

Weigh the water, Ketyap Manis, ginger, cinnamon sticks, star anise into a saucepan. Place it on low heat and bring to a gentle simmer. Remove from the heat, add the marmalade and mix together. Return to the heat and bring to the simmer then allow to cool completely and refrigerate.

Drain the marinade into a small saucepan and reduce a little.

to serve
Pour the marinate over the ham and as you are carving roll the sliced ham through the marinade.

[1] We vac the skin hard and freeze it. Gives excellent substance and flavour to winter minestrone and also finely minced and cooked off we put it in winter sausages.

[2] Ham will keep better refrigerated in a ham bag [or clean pillowslip] …it is inclined to sweat in plastic and doesn’t last as long in the freezer as it will in the fridge. We do however vac the ham bone and freeze it for pea and ham soup in the winter. It goes without saying residual fat is never wasted…vacced hard and frozen it goes into everything from sausages to hamburgers.