Most of you will not be old enough to remember a book called “The Green and Gold” first published in 1923 as a fundraising initiative of King’s College (now King’s Campus, Pembroke School, South Australia). In 1999 Pembroke School celebrated 25 years since its foundation and the 75th anniversary of King’s College. It became so very popular that very few Australian homes would have been without a copy and, in fact, it remains in print today, last published in 1999.

Although a small book, it was, in many ways as invaluable to the Australian home cook as Larousse might have been to the French, Joy of Cooking to Americans or Silver Spoon was to Italians, but tailored to more available ingredients in Australia at that time. As any modern cook would know, cooks in those days required little explanation as to ‘how to’, so a lot of recipes were crammed into this relatively small book. In the early 80s my mother became so annoyed with us calling her and asking her to read recipes to us from her Green and Gold, specially Golden Dumplings, which I have recently noticed are 40 years later back in vogue, she gave us a copy for Christmas.

The two – four -six – eight cake gets its name from 2 eggs, 4 ounces of butter, 6 ounces of sugar, 8 ounces of self-raising flour, a splash of milk depending on whether or not you are adding a layer of fruit or something moist. Of course, British not American ounces. Over the years we have use this base recipe in dozens of different ways. 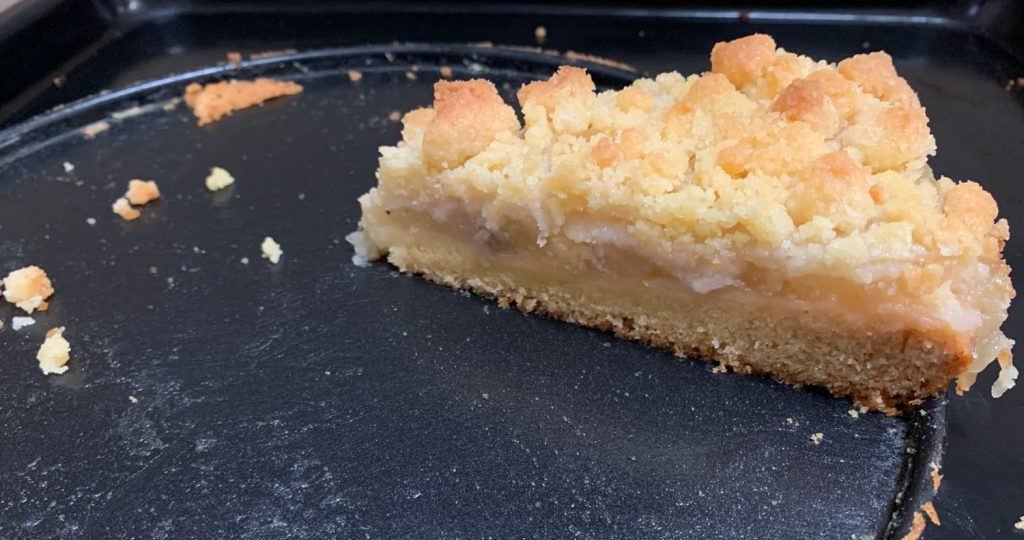 Weigh everything to the line into a saucepan large enough to hold everything and place on low heat. When it comes to the simmer, stir it over making sure that the sugar is dissolved, cover with a lid and cook for about 10 minutes until the apples are soft and pulpy. Allow to cool completely but do not refrigerate.

[1] We do not like the aerosol non-stick spray oils of any brand. The make the edges darken quickly and in some instances impart a nasty taste. 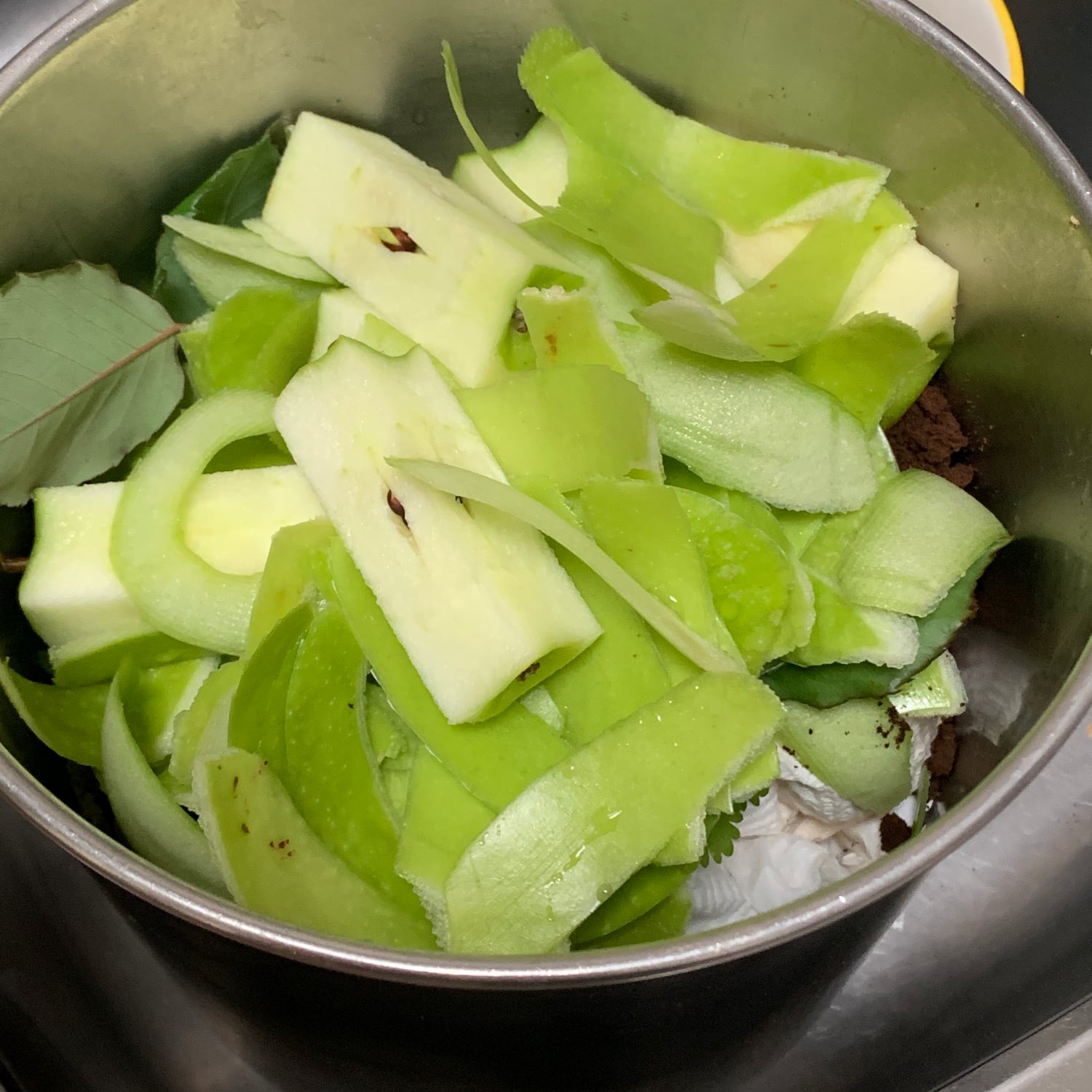 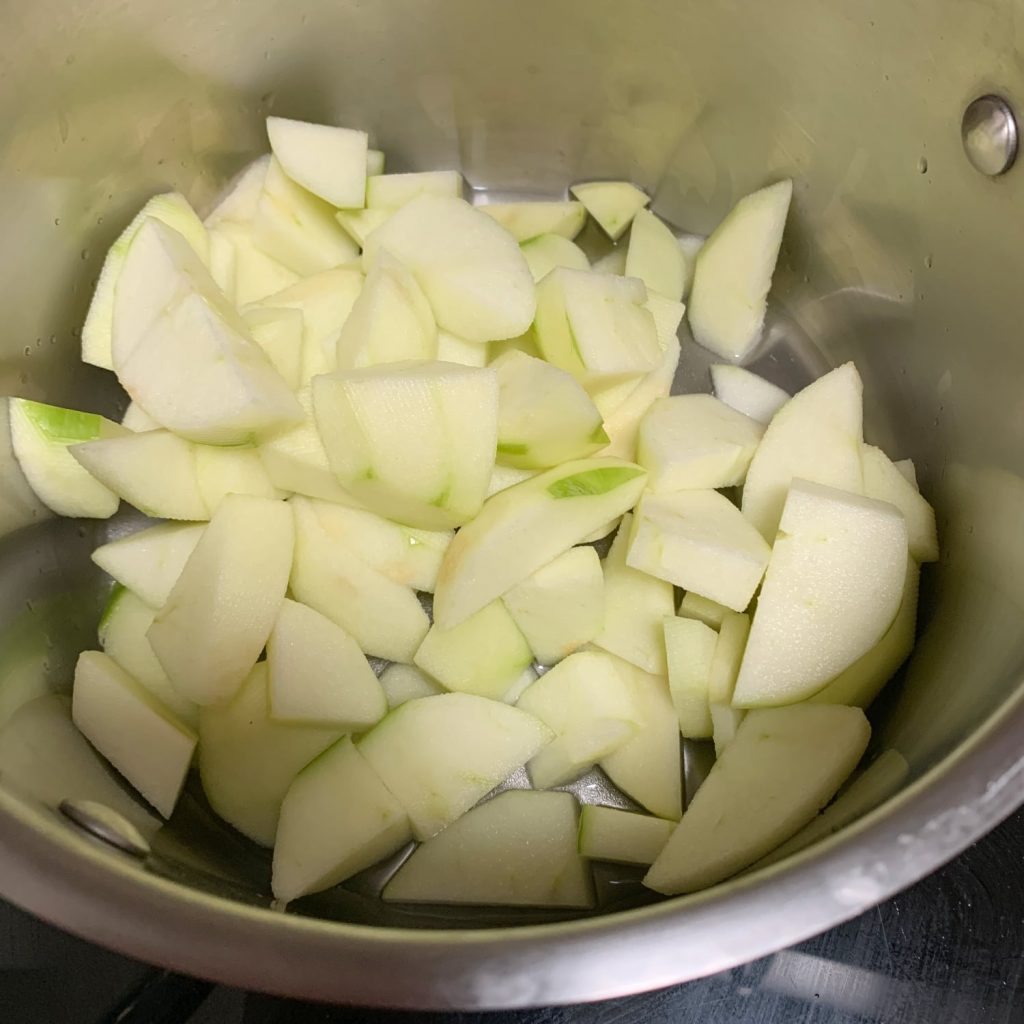 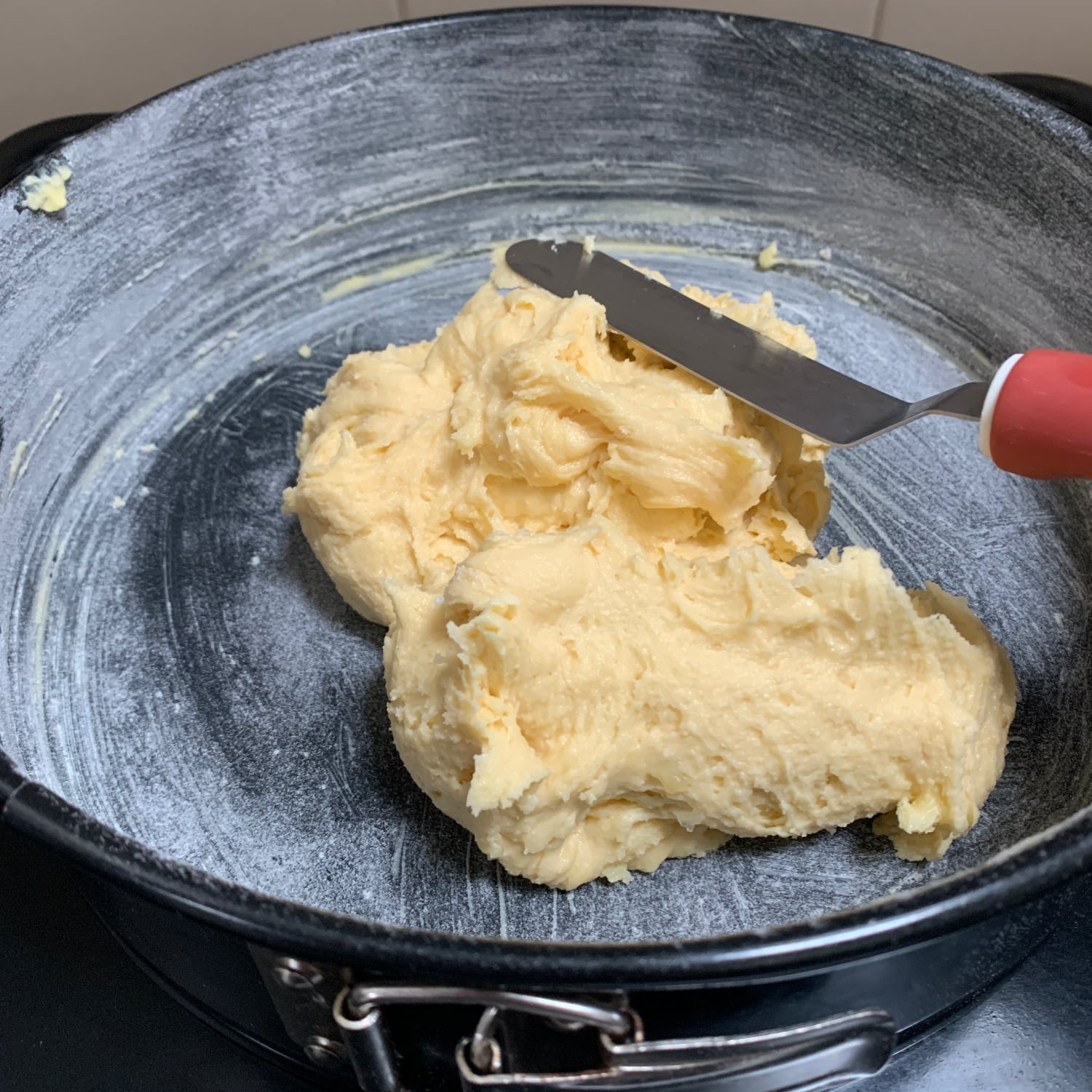 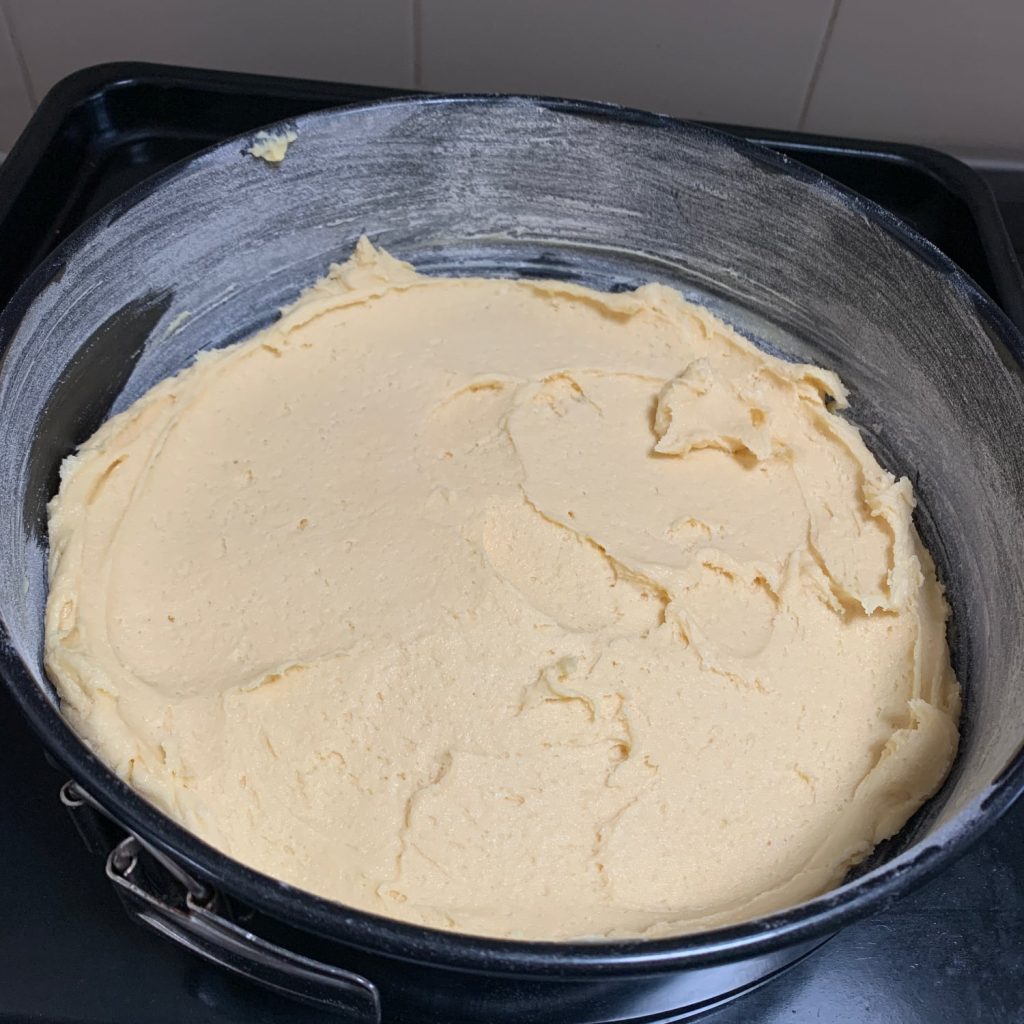 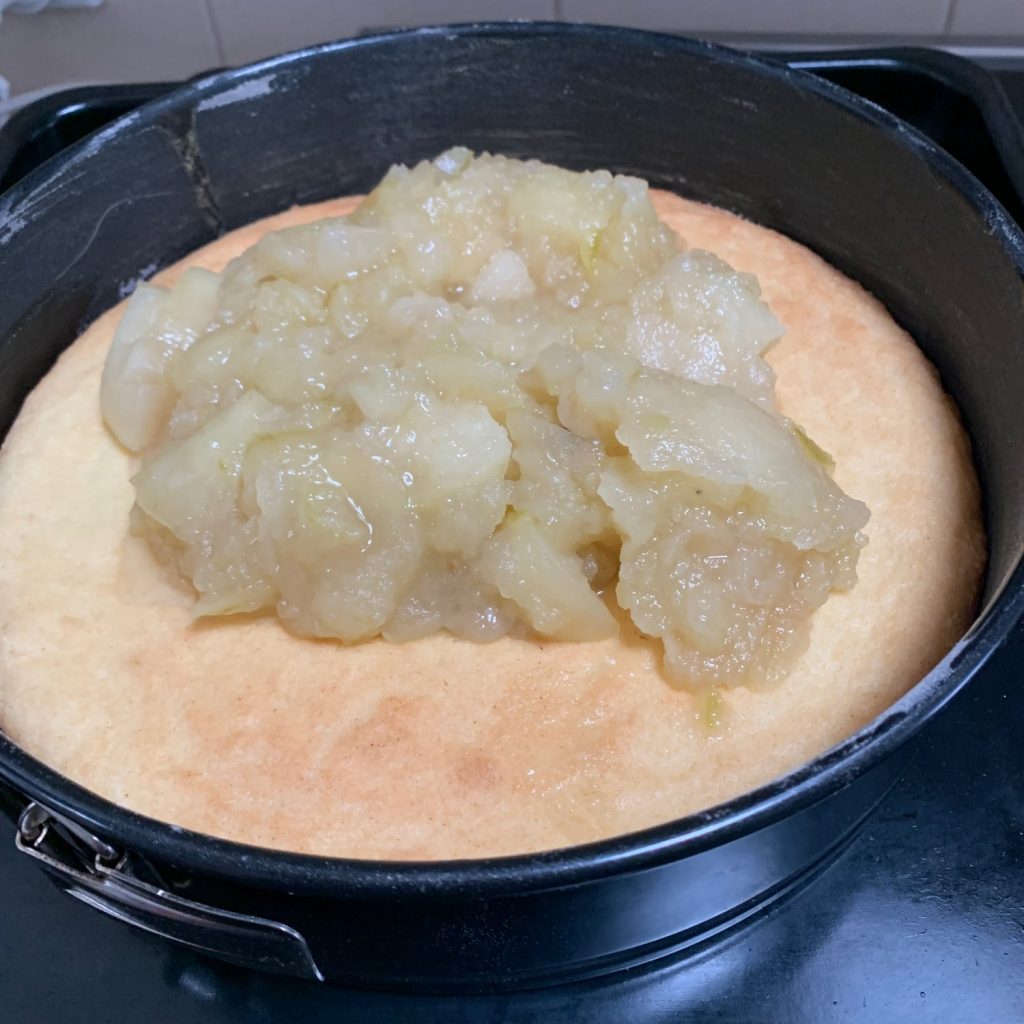 pre heat oven to 175°C
Using the Kenwood creaming beater, whip the butter until it is smooth and pale, add the sugar and mix thoroughly, then add the eggs one at a time, allowing each egg to be completely incorporated before proceeding. Sift the flour into the Kenwood bowl and work in at low speed.

Check in the middle with a skewer but should be perfect. Stand the cake on a rack and allow to cool for about 10 minutes before carefully running a knife around the edge and releasing the spring form.

If you can serve with in 30 minutes while still warm with a generous dollop of cream. It can be returned to a warm oven for a few minutes but spray the edges of the cake lightly with cod water. 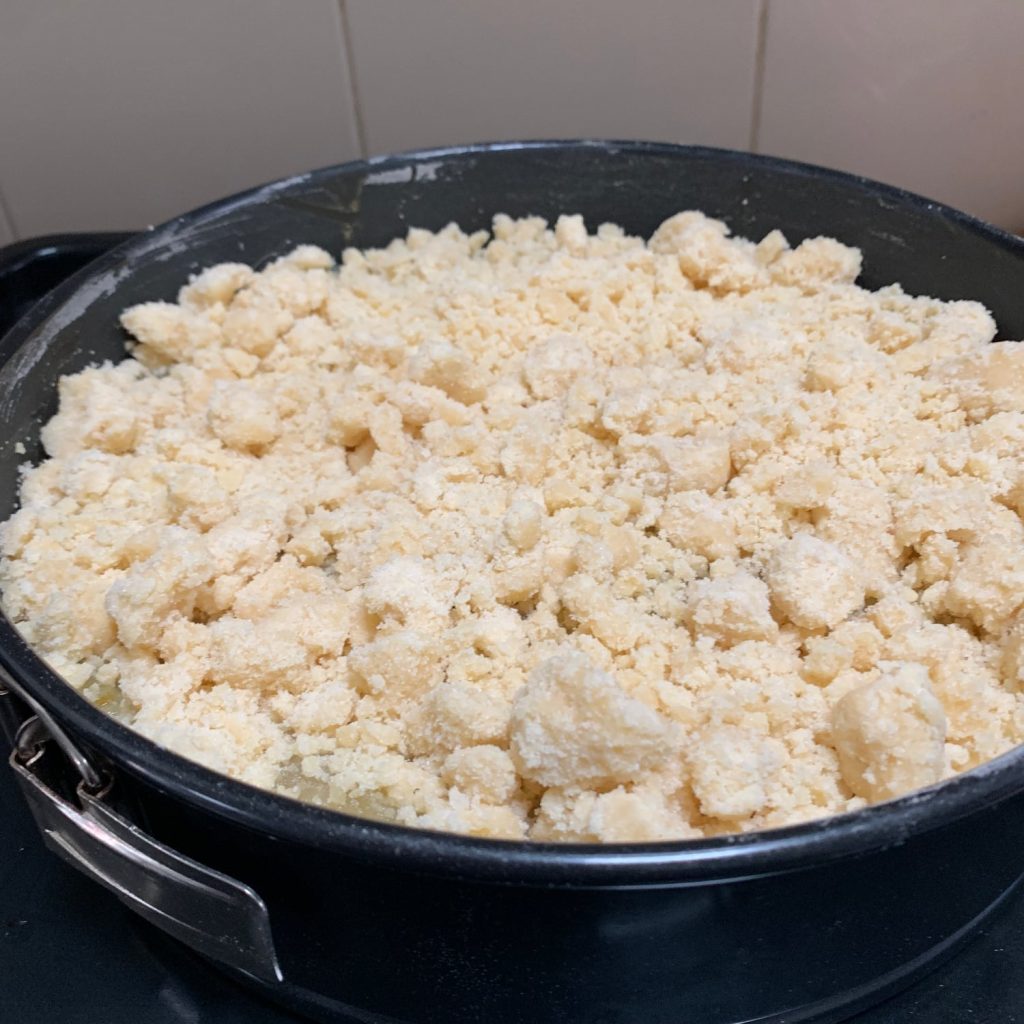 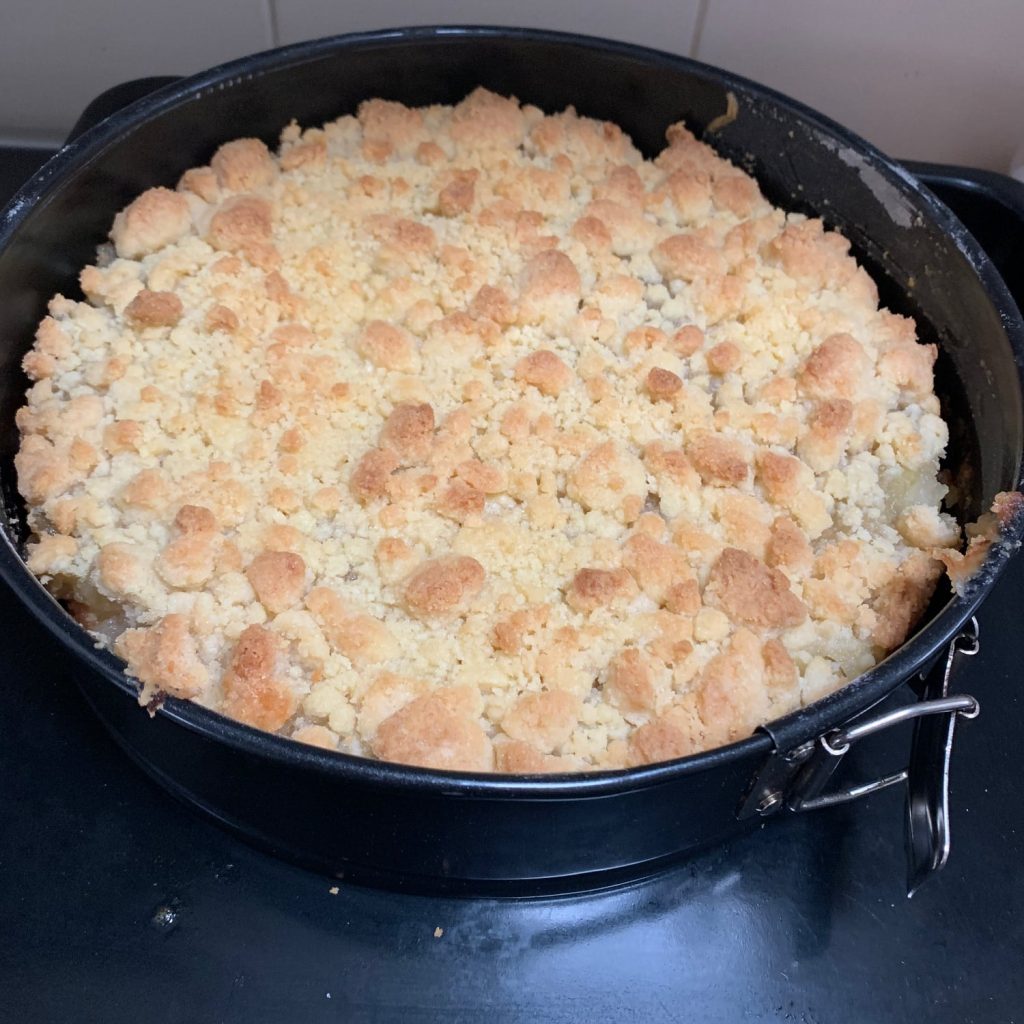 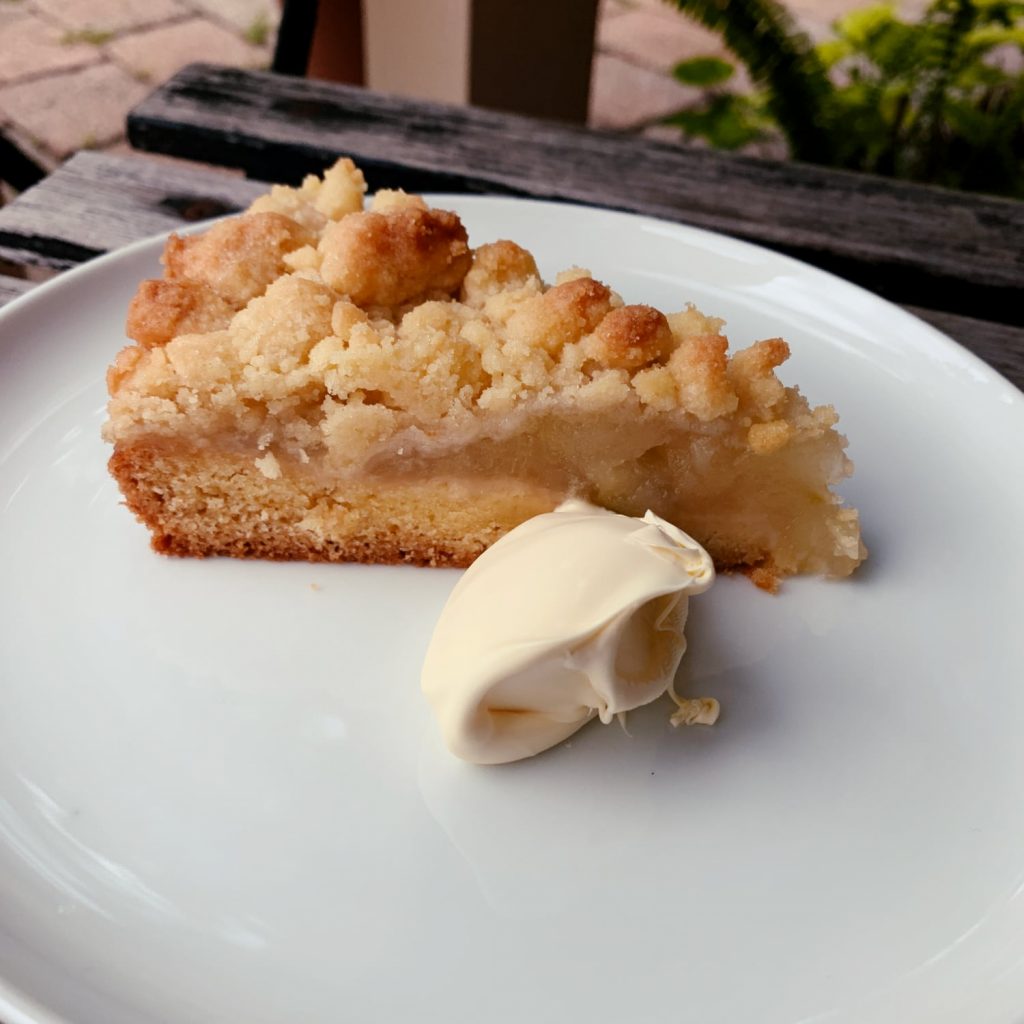