go straight to the recipe

This recipe is a result of trying several recipes and combining the best aspects. I am also mindful of the fact that my kitchen has been like a fridge for months and this may not be quite so easy in a hot steamy kitchen. My kitchen is a tiny matchbox but works well. My stainless-steel work bench conceals marble underneath so it’s great for all types of pastry making and rolling.

Anyone who has watched the sidewalk roti maker in Malaysia will have wondered at their skill, tossing the dough in the air until it is like a flimsy pizza and plonking it onto a sizzling flat plate. The roti is a favoured breakfast treat with maybe a fried egg and sambal, or with some sort of curry gravy or dahl, but great at any time of the day. The similarity between roti dough and the pita of Greece, Cyprus, the Middle East and Eastern European countries like Serbia…even the Italian Sfogliatelle is amazing and yet another story of migratory dishes that have spread and morphed across the world.

This method is quite unconventional, but after trying a number of methods it is the best I can come up with. Only someone who makes dozens, even hundreds on a daily basis can gain the skills of the roadside roti maker, twirling the dough in the air until it is tissue thin, slapping it onto their hotplate, splashing it with ghee and folding it perfectly. They must have hands as tough as nails because tongs are clearly considered not to be useful. It’s rather slow going, so maybe like a dumpling evening everyone could make their own??? I have done a test freezing the raw roti and it works well, so always an option to make them a couple of days before, however, like crepes they are best cooked and eaten. 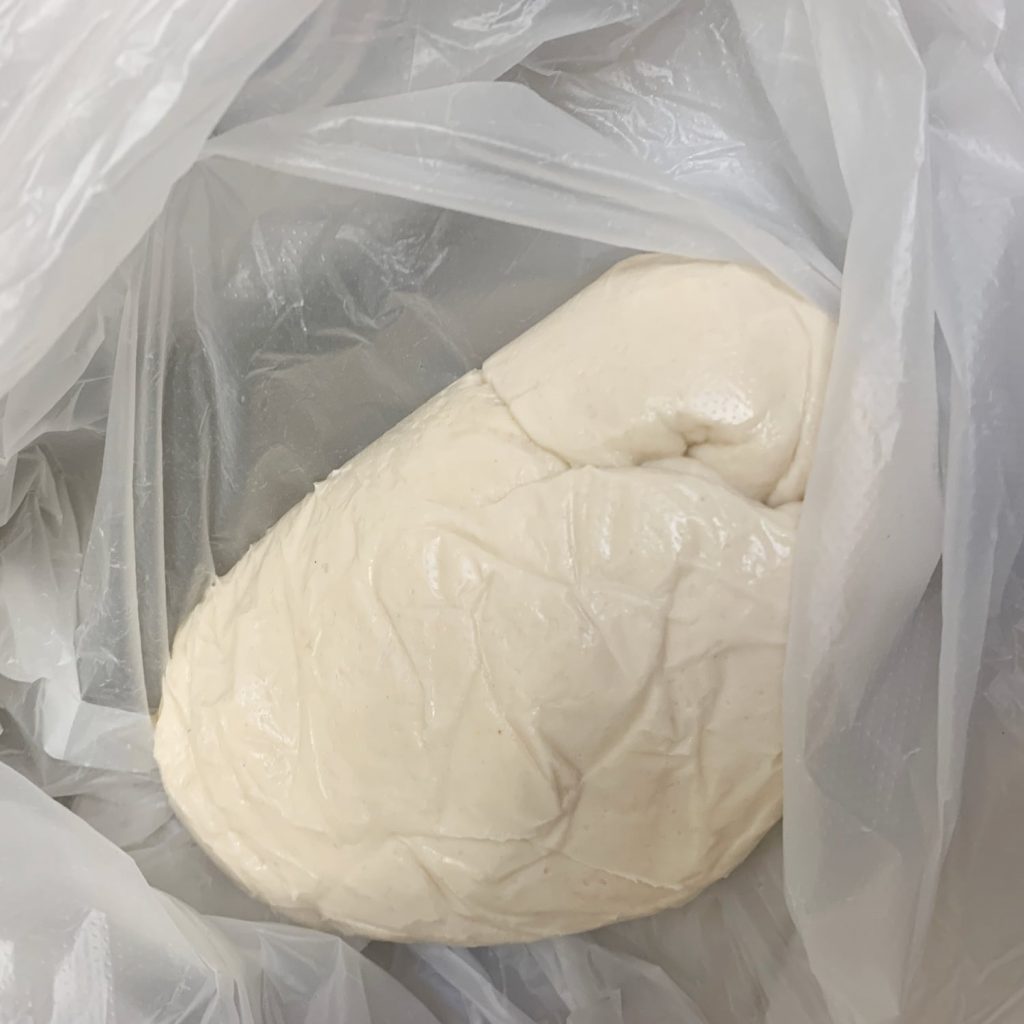 ROTI
TAKE A
bit of
PRACTICE

Put the dough in a freezer bag and rest in a cool place for 3-4 hours [or overnight]….above 30°C room temperature I’d be tempted to refrigerate the dough for a couple of hours.

Put the oil into a suitably sized container with a tight seal. Unwrap the dough and without using any additional flour roll it into a cylinder about 10cm in diameter and then cut the dough into 6 [12] equal slices. Roll each slice into a smooth ball and drop it into the oil, turning it over so that it is evenly coated with the oil.

We did try using the coconut oil, but out kitchen is too cold and even at room temperature it sets solid and frankly, is a complete spoiler.

Turn the container over a couple of times and keep the prepared balls in a cool place overnight. 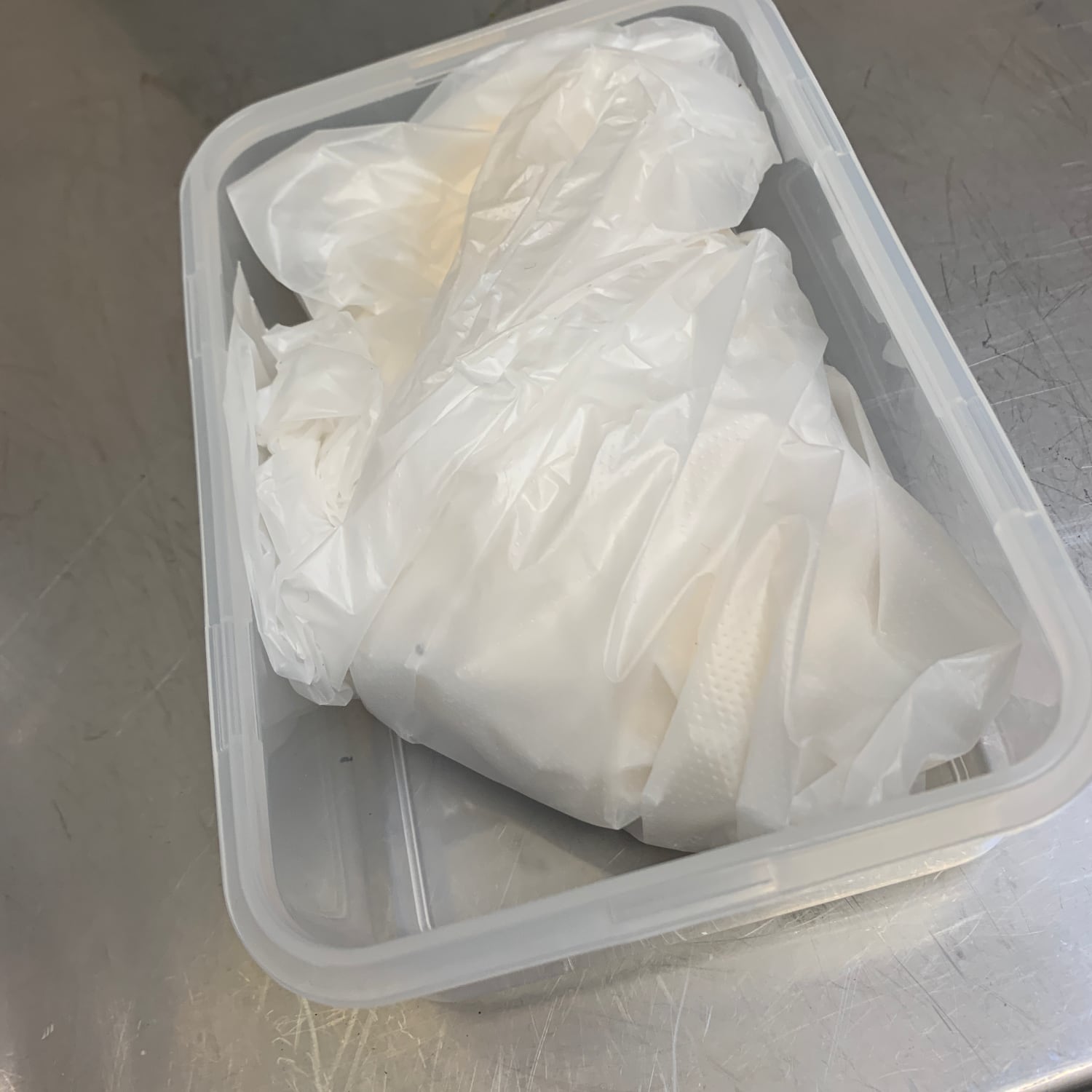 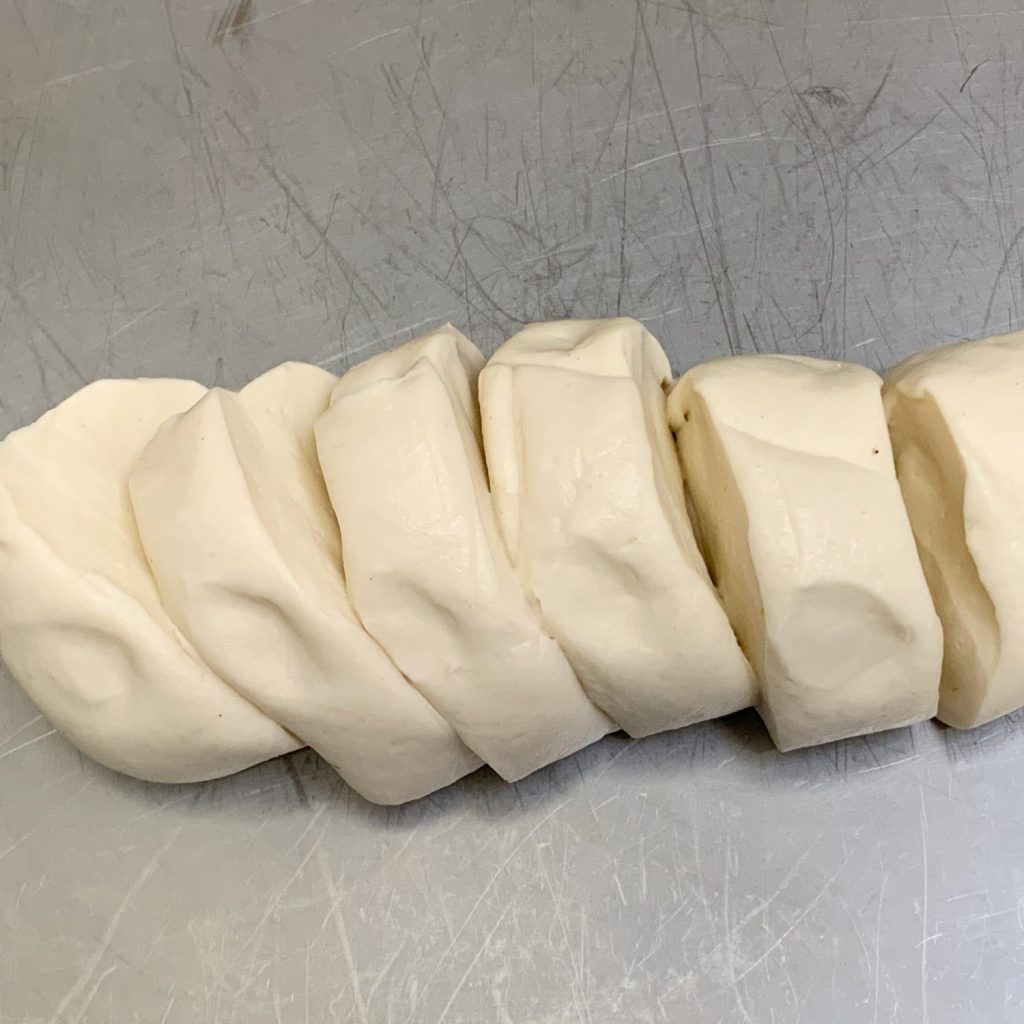 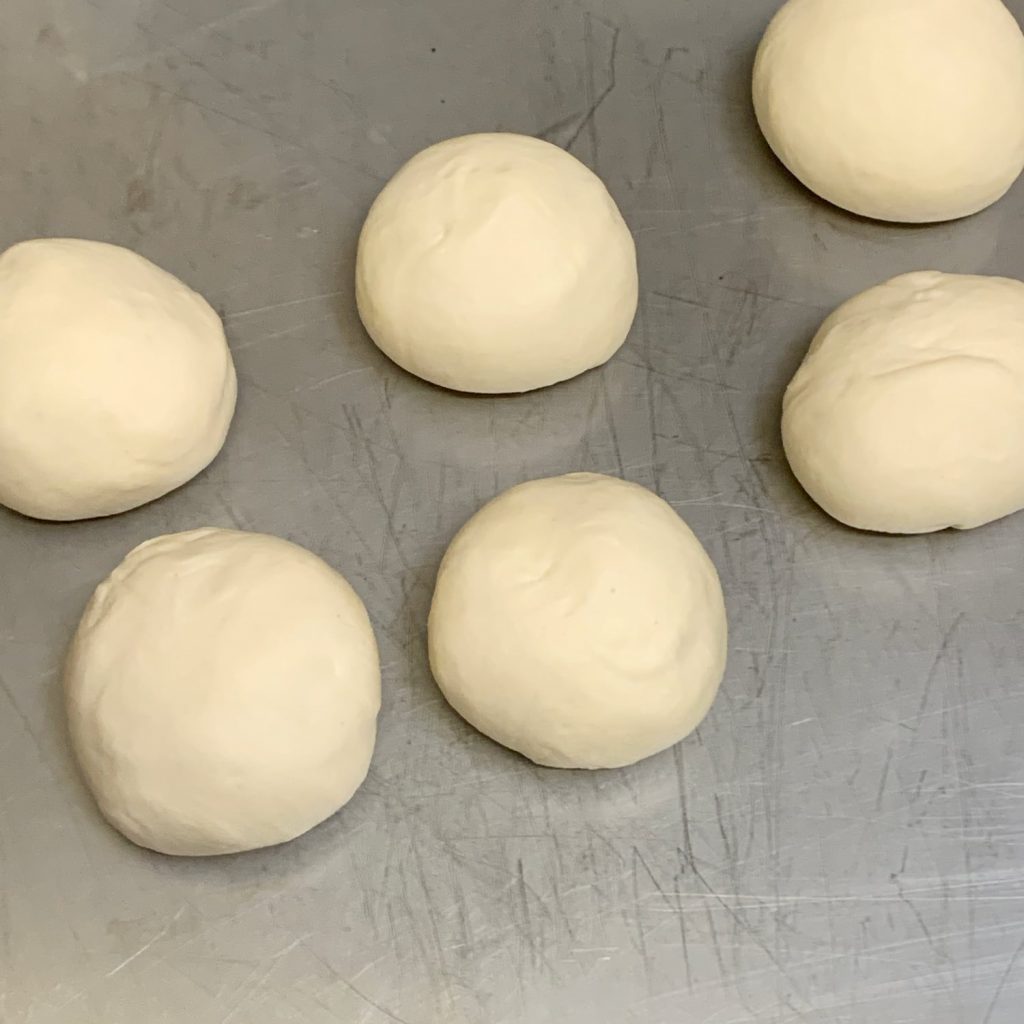 Apologies for the hands in the videos, but they are the only ones I have, battered, scarred and arthritic…but they work okay mainly! 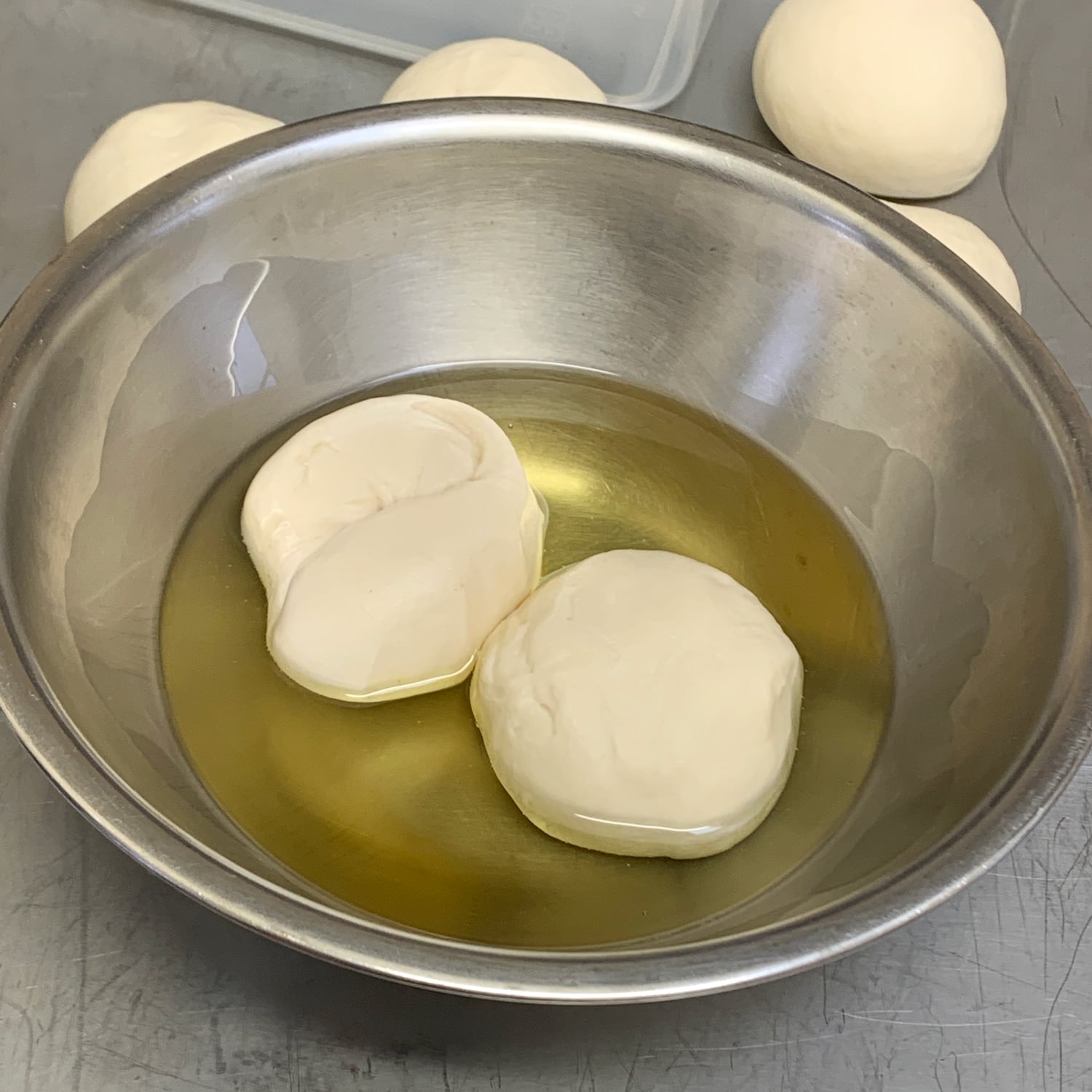 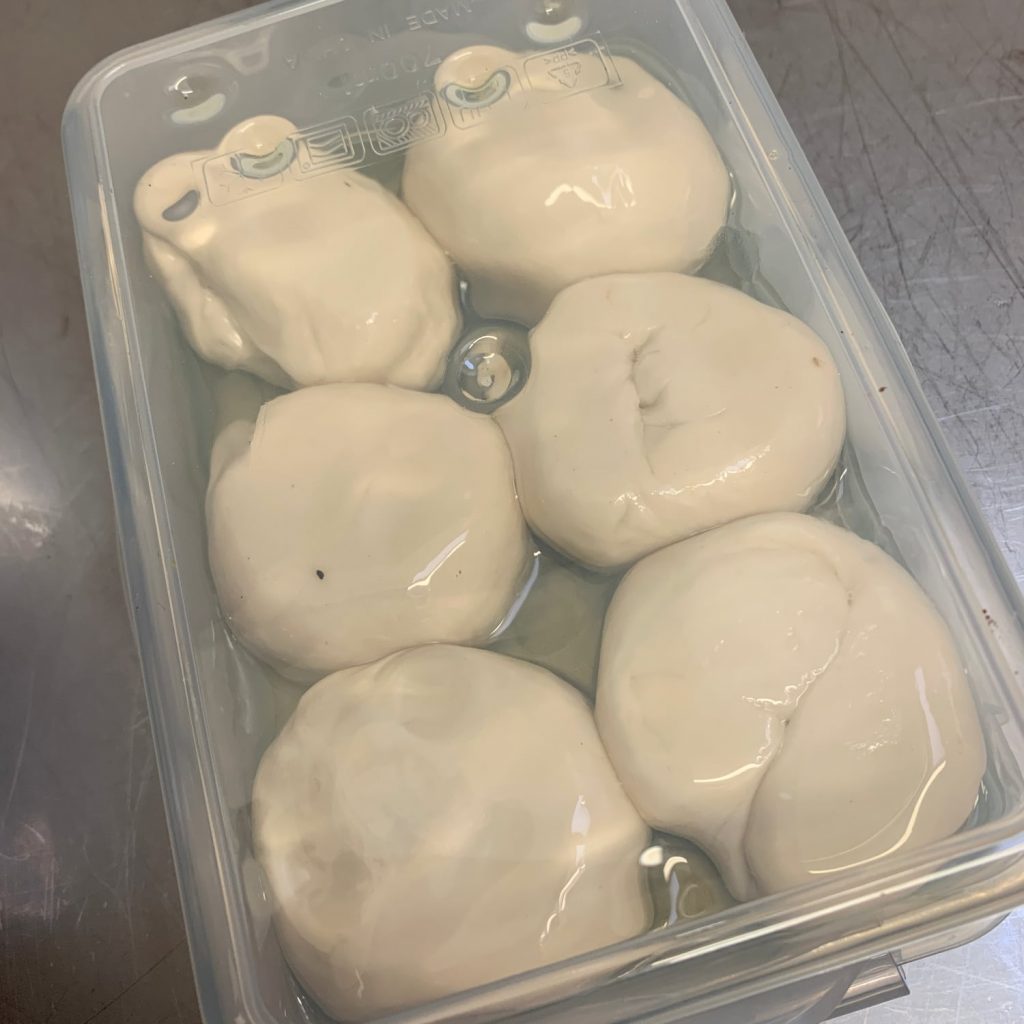 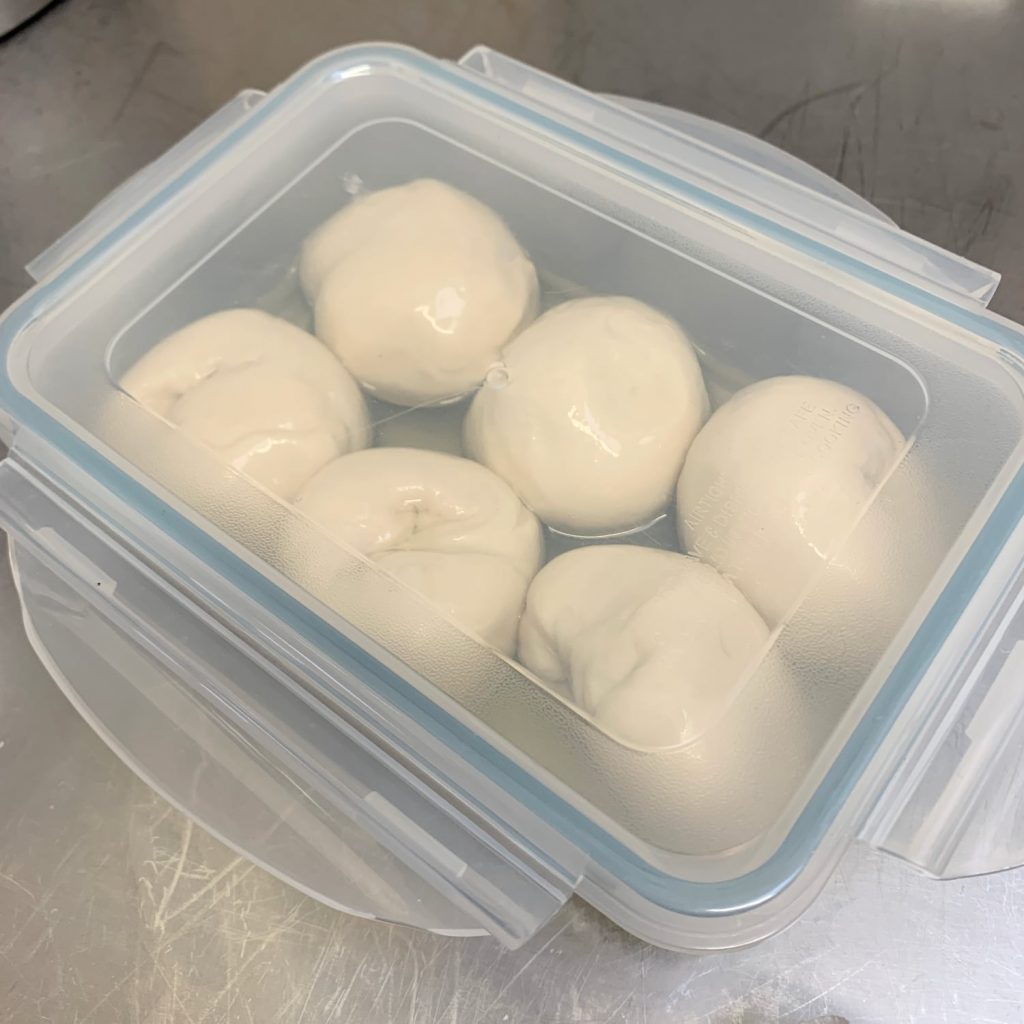 now
for the
hard
part

day two I do have a traditional roti pan, but it does not work all that well on induction and my Solid Technics crepe pan is perfect. Have 6 [12] pieces of baking parchment. Working a ball at a time with very oily fingers, dipping your fingers into the oil when you need to ….watch the video one. To make them super delicious you can brush them at the stretched stage with melted ghee. Using your fingertips rather than a brush is the best way to do this. The raw roti freeze well. Use ghee to fry the roti. For the purpose of video two I didn’t use as large a pan as a normally do…try and find a pan that is roughly the same size as your roti….the heavier the better. 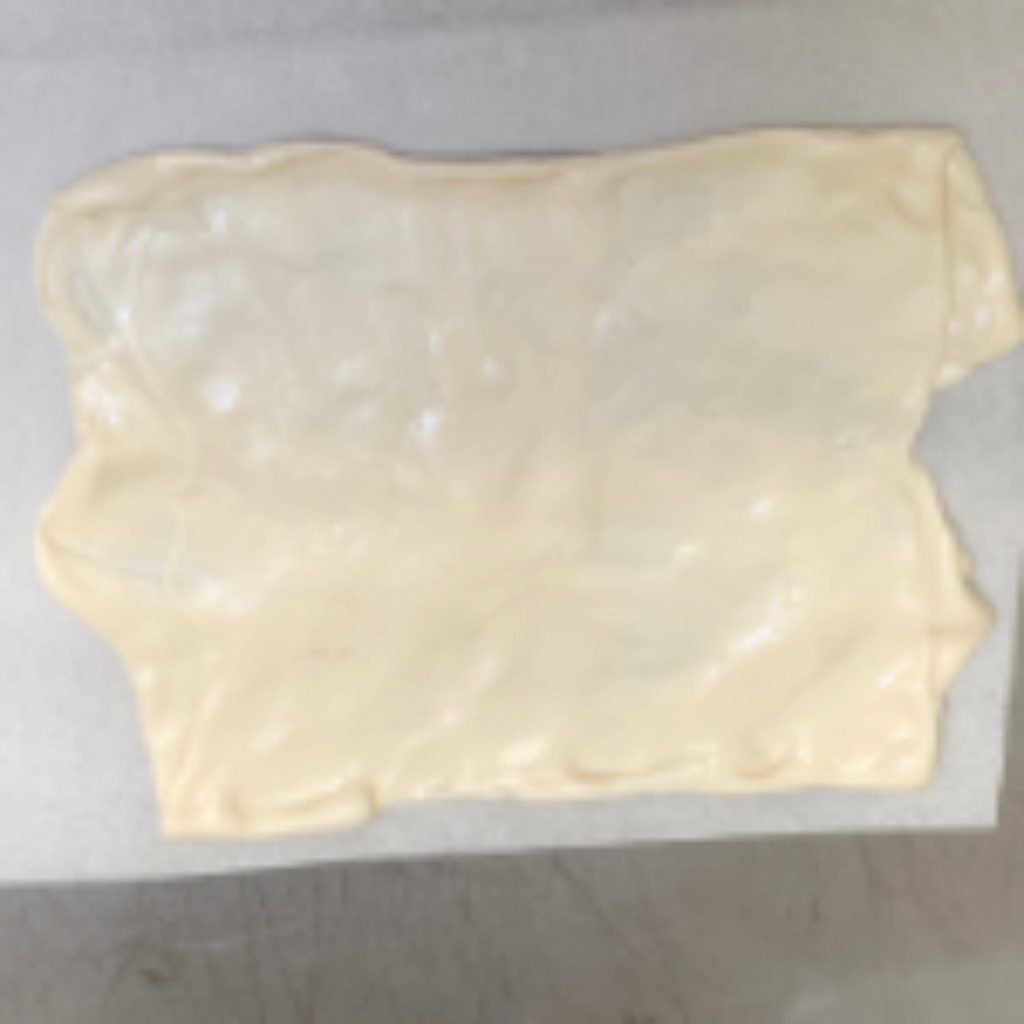 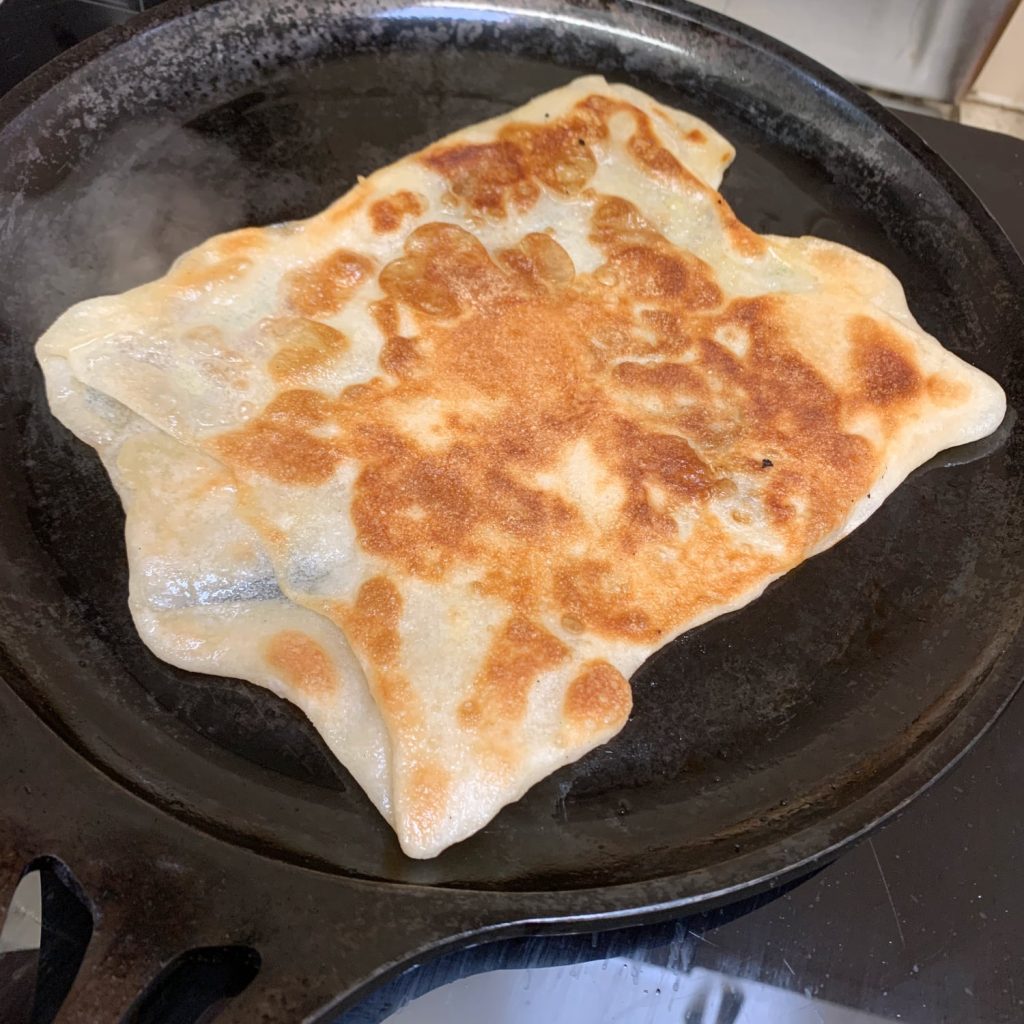