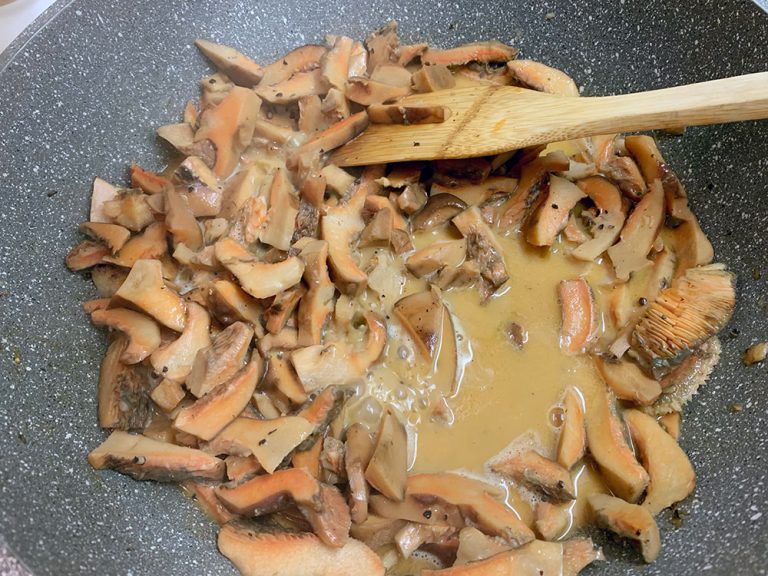 worth the effort
VERY DELICIOUS

This does take a while but doing a few at a time works better because you can ensure they don’t get overcooked which gives them a slimy texture. Select a saucepan that would hold, in a single layer two large or half a dozen smaller mushrooms in a single layer. You will also need a small knife or skewer to test the degree of cook and colanders. Using plastic baskets sat on egg rings works well because draining the mushrooms in a single layer gives the best result and paper towel. View the video Fill the saucepan with cold water, add the 60g of salt and place on high heat. When the water boils turn the heat down to a simmer and start blanching the mushrooms. Put the mushrooms gill side down into the water and turn them after a couple of minutes and blanche for a further couple of minutes. Test them with a knife of skewer they should still show some resistance….of course larger mushrooms take a little longer. Using tongs place them gill side down on the colanders. Repeat the process with all the mushrooms. Having made several batches of pickled mushrooms they are best when they are allowed to sit and drain for 2-3 hours. When you’re ready to start using doubled paper towel gently squeeze more moisture from the mushrooms and cut them into chunks. Weigh the garlic, mustard seeds, salt, pepper and chilli into a bowl. Put the 300ml of EVO into a wok and put it on high heat. Stirring over constantly, add the mushrooms in stages until they are all in the wok. When they start to sweat add the garlic, mustard seeds, salt, pepper and chilli and continue cooking and stirring until they are a little bit saucy and have lost the discolouration on the gills. Add the vinegars and sugar and still stirring continue cooking until the oil and vinegars have emulsified to a glossy sauce. Stir through the mint bring back to the boil and bottle, squashing the pickled mushrooms firmly into the jars. It is probably not necessary if you are careful with bottling and follow the rules, but this is quite an expensive recipe and I have chosen to boil my filled jars to ensure that no refrigeration will be required until they are opened. 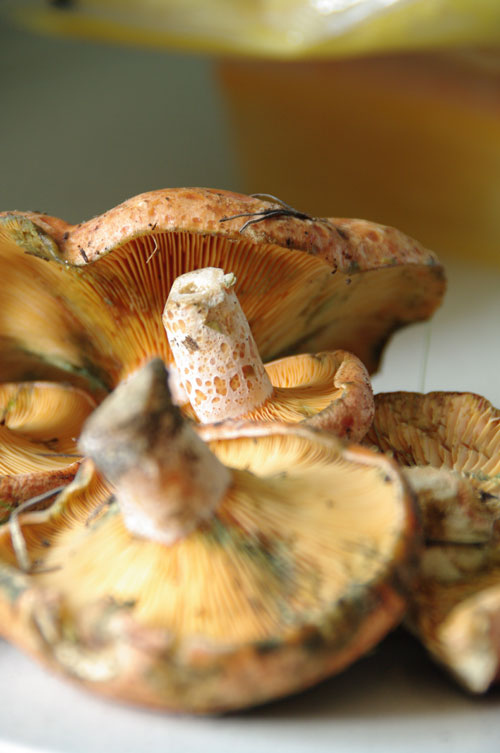 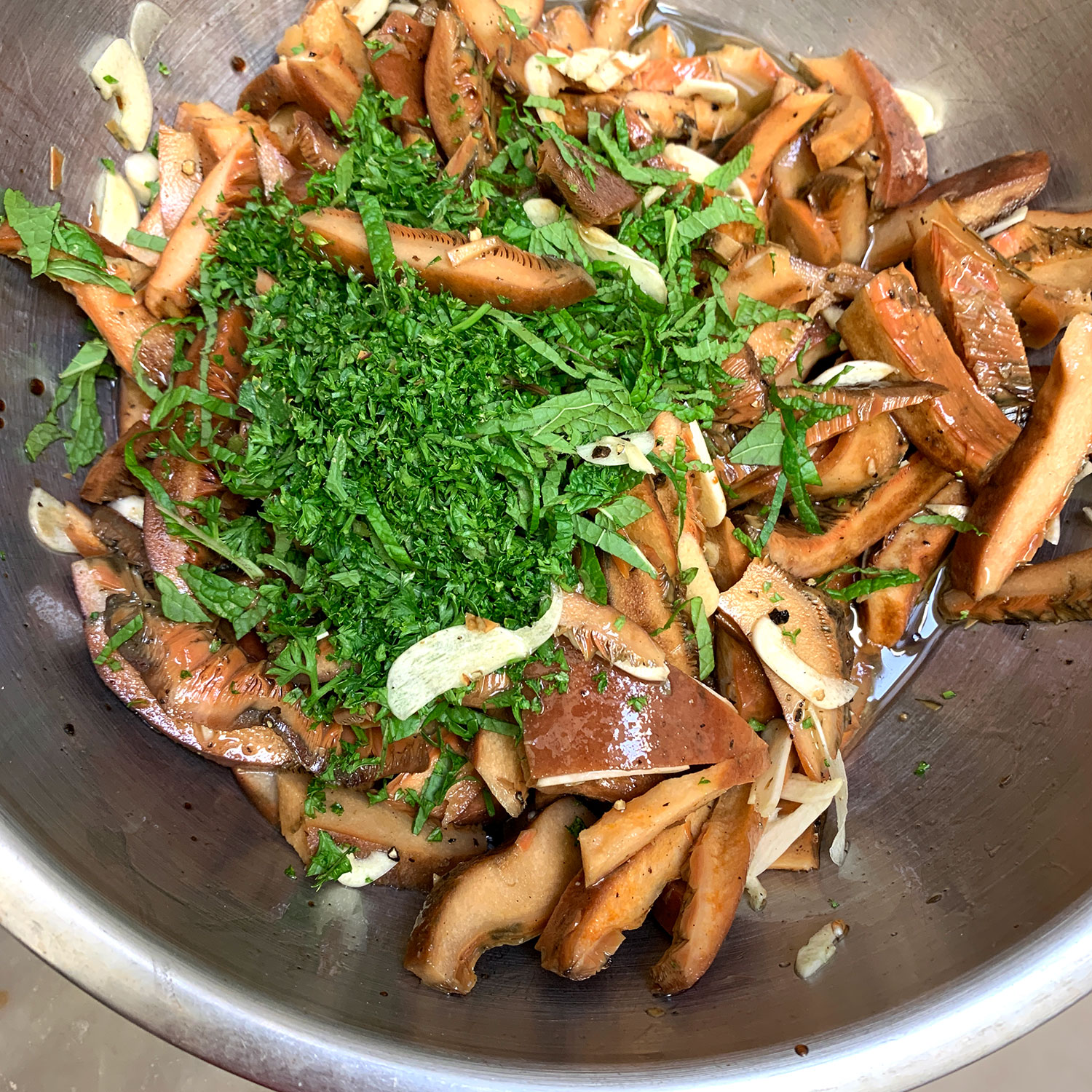 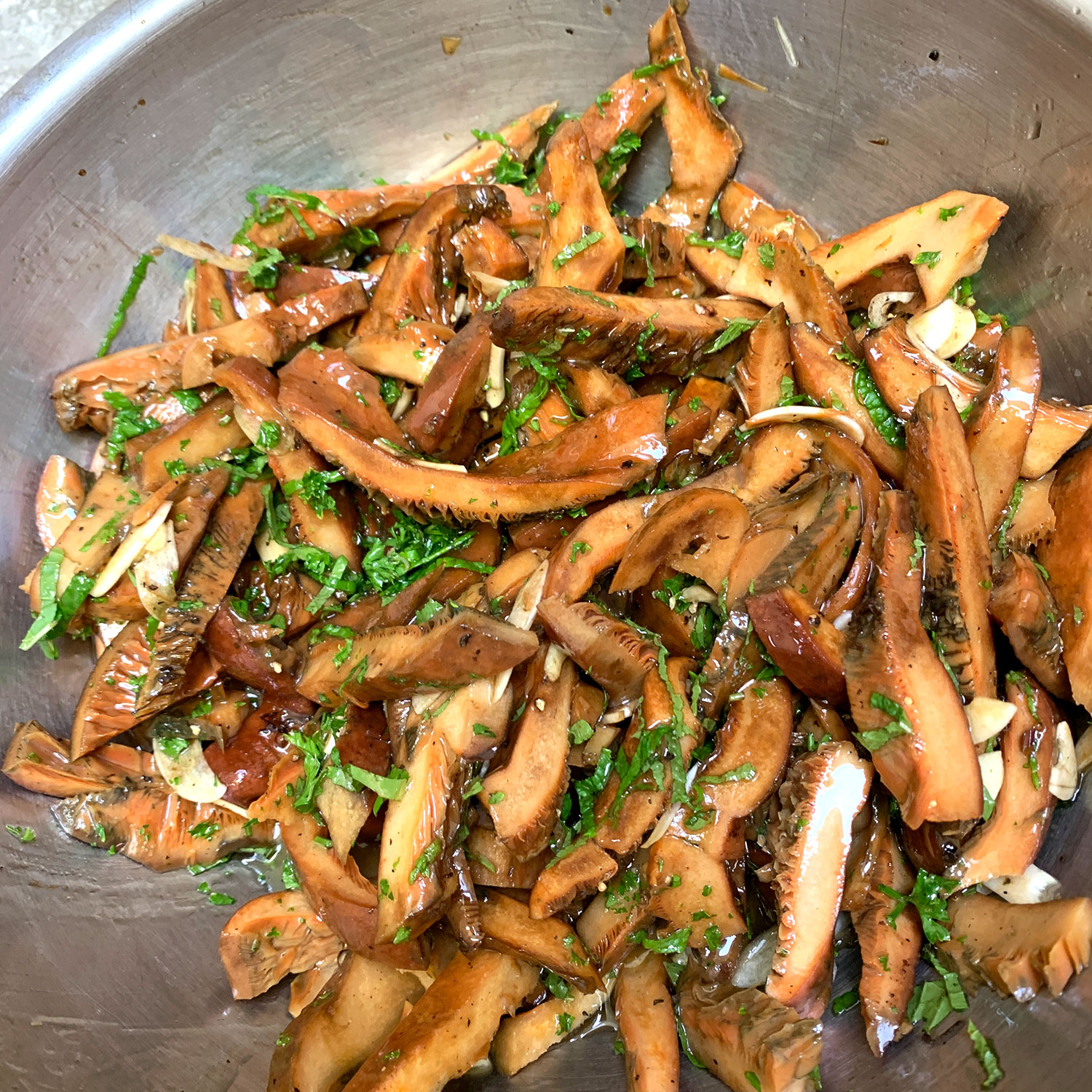 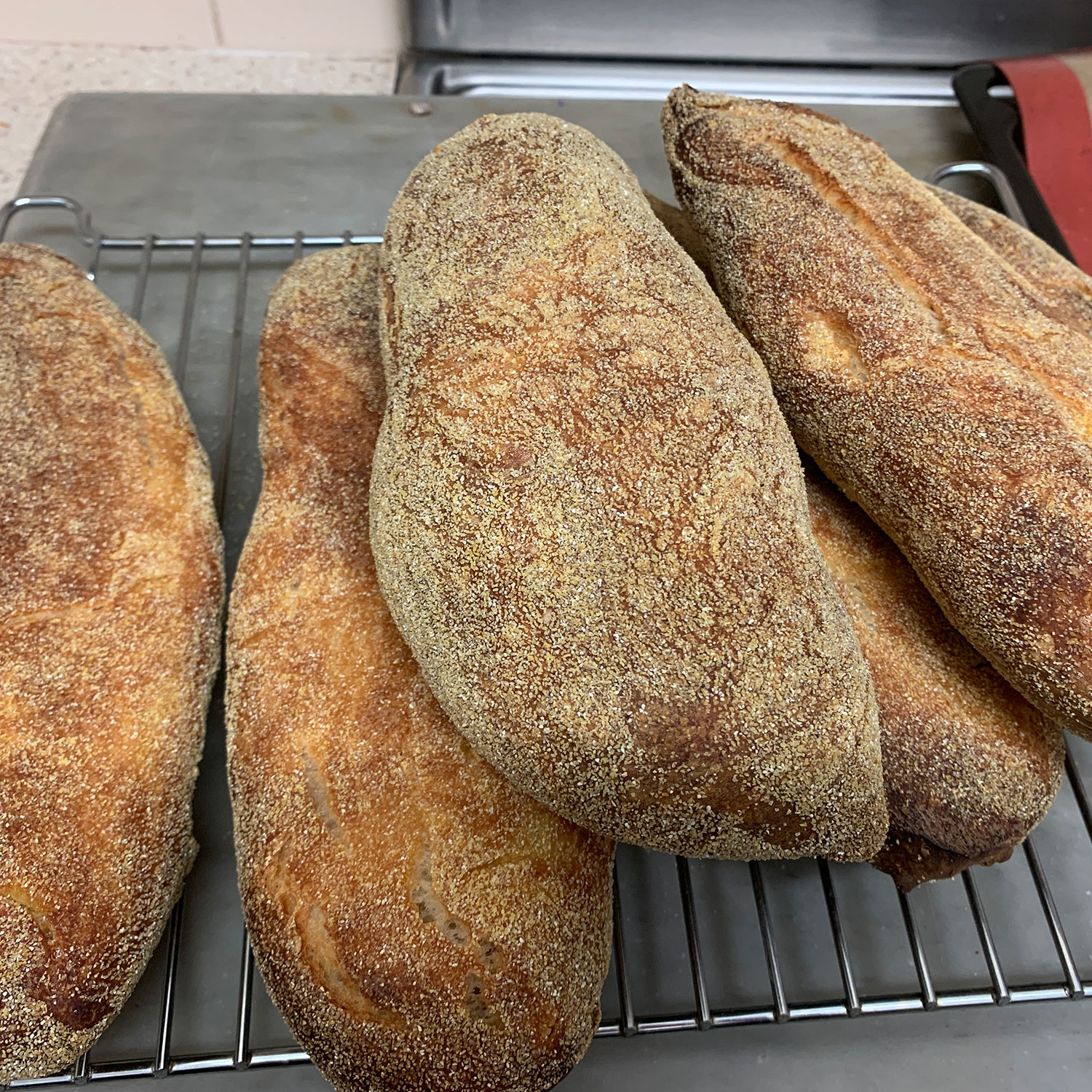 Nothing like some excellent bread and butter to make great quick lunch…add pickled mushrooms and greens. Click on the image to go to the bread recipe. 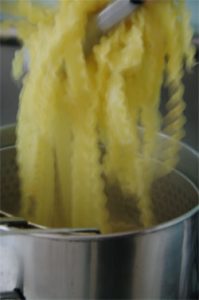 Pickled mushrooms are handy for so many dishes. Heat them in a pan and toss through coked pasta, add a few chopped herbs and serve…cheese is not compulsory!

Saving the juices, drain them well and make a quiche substituting the asparagus in this recipe with the drained mushrooms. Dress some greens with the juices…click here for quiche recipe.

Try the classic baked or fried polenta with the mushrooms. Polenta recipe below.

The are perfect for anti pasta and heaven on pizza with fresh Mozzarella or Goats’ curd. So, endless handy options…use your imagination!