go straight to the recipe > 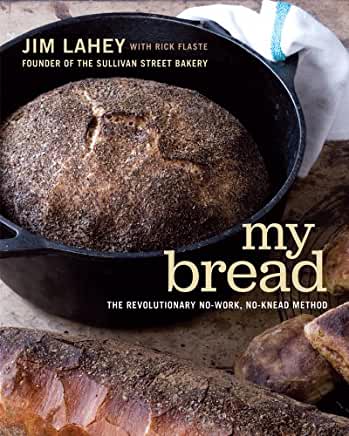 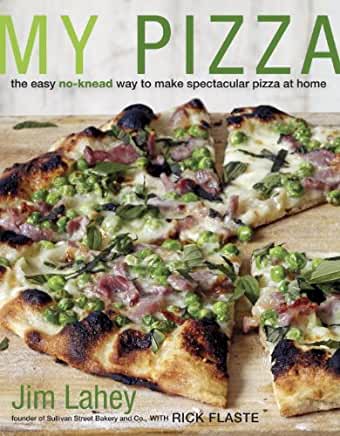 At least ten years ago a fellow cook keen on recipe sharing, Tony Walsh sent me a recipe from New York baker Jim Lahey. Shortly after a number of other friends and colleagues started telling me about this marvellous bread recipe and sending me images of their bread. It became imperative that I should try. It was the start of a long love affair with Jim Lahey’s brilliant recipe writing.

About three years ago when I down sized I had to make some serious and difficult choices about the books I kept. My five editions of Larousse Gatsronomique were my first choice and my second My Bread and My Pizza. They are thumbed over and loved and I have purchased a number of copies of both books, given them away, missed them and purchased them again.

Lahey’s books have been a constant source of enjoyment for me over many years.

Jim Lahey and his most famous Sullivan St Bakery [New York] quickly became entrenched in my own cooking and since then I have shown hundreds of chefs and home cooks how to make his wonderful breads and pizza. Lahey is a superlative recipe writer, recipes that work with infallible technical descriptions.

One of the things that I love about Lahey’s generous recipe writing is that it is as fathomable to the novice yeast baker as it is to the professional.

At the height of COVID19 Sullivan Street Bakery is now home delivery or take-home, however, a number of our followers have attended cooking classes with Jim and left rave reviews. So, if you don’t own these books support the generosity of Jim Lahey by buying his books.

It is a fact that all recipes that are used thousands of times have incremental changes. Just alone, in the time since we first started making Jim’s bread, domestic ovens have been vastly improved and it is now possible to bake commercial quality bread at home. So, the recipe below is the version and method I currently use. It has been unaltered for about three years now. 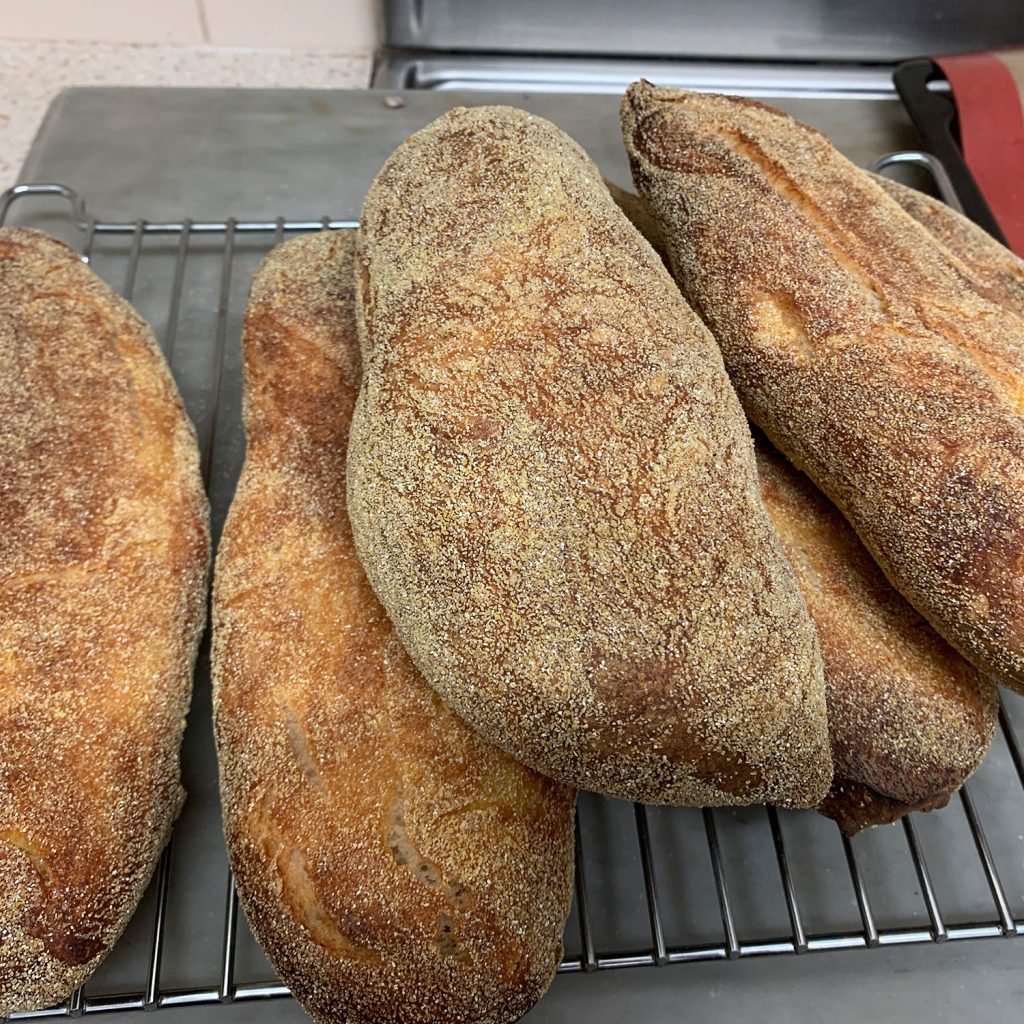 Weigh the flour, yeast and salt into your proving bowl and mix together.

Weigh the water into the bowl and wrk the dough into a shaggy dough. Make sure that all the flour has been incorporated and scrape down the sides. Cover with the lid and prove.

Very lightly flour your work surface. Scrape the dough onto the surface and fold four times [see video 1]. Generously dust the top of the dough with polenta or semolina and cover with the dough bowl. Set a timer for 30 minutes.

Cover your baking sheets with silicon mats or baking paper. Shake more polenta or semolina onto the dough and using a bowl scarper make the dough out into the number of loaves you are going to make.

Working one loaf at a time [see video 2] cut the loaf and coat it with the polenta/semolina. Repeat the process until finished.

All ovens are different but we usually turn our loaves over and give them another 5-10 minutes which gives them a terrific even crust.

tip reheating
if you are going to reheat the bread cook it a little less. Too reheat spray it liberally with cold water and put it into a pre heated 200°C. When the outside crust is crisp again the inside will be hot.