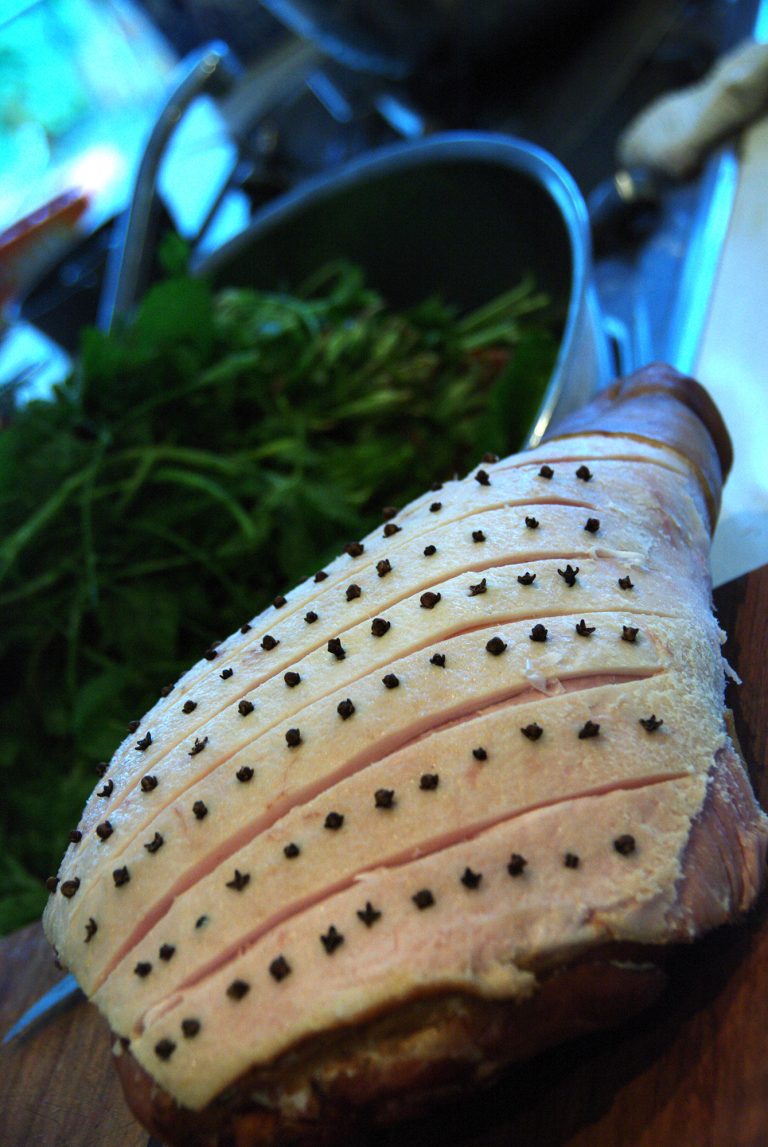 To remove the skin, run a sharp knife completely around the foot end and turn the ham skin side down on your chopping board. Make a cut just deep enough to go through the skin from the foot until the skin stops.
Slide the knife under the skin at meaty end and lift up the skin with your fingers to lift up and edge and then gently ease it away. Do not throw the skin away! Using a furrower (a tool for making a lime or lemon twist for the martini you should now be enjoying) or a sharp knife cut furrows into the fat and then stick the fat with cloves.
The cloves are not eaten but they do give the ham a delicious, but not invasive flavour.

The ham and marinade can be done a couple of days in advance; the ham kept in a ham bag or a clean pillowslip and the marinade a sealed container. Some new ham bags have a strong unpleasant fabric/calico smell that can impart a taste to the ham so make sure to wash it in hot water a few times before you use it.

Weigh everything into a small saucepan and bring to the boil, stirring just long enough to dissolve the sugar, turn the heat down and reduce by about one third until it is a little syrupy. Allow to cool and store I the fridge in an airtight container with a tight fitting lid.

to bake the ham
pre heat oven to 180°C
So as not to waste the pan juices, line a baking dish with foil and baking paper. Put the ham into a baking dish. Thickly brush the clove studded ham with the marinade and add a couple of cups of water to the pan and bake for 45 minutes.

Reserving a couple of tablespoons of the marinade, brush the ham with the marinade every 10 minutes. Sit the ham on a carving dish and pour any of the pan juices over the top of the ham. Brush one last time with the remaining two tablespoons of marinade.

We don’t leave our ham sitting for hours on the Christmas table, but usually bring it to the table for carving, cut off a pile and get it into the fridge. The ham after all is the basis of the real fast food we have planned for the rest of the Christmas break. Keep all the fat, the skin and bone, freeze it or vac it, because after Christmas we’ll be giving recipes for using absolutely everything. 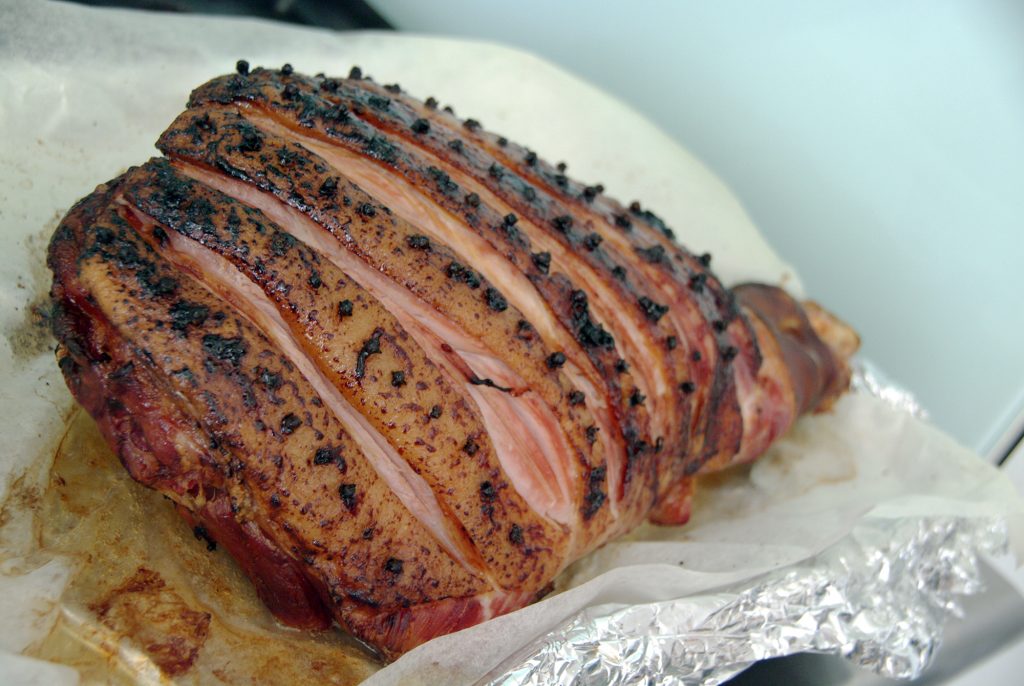 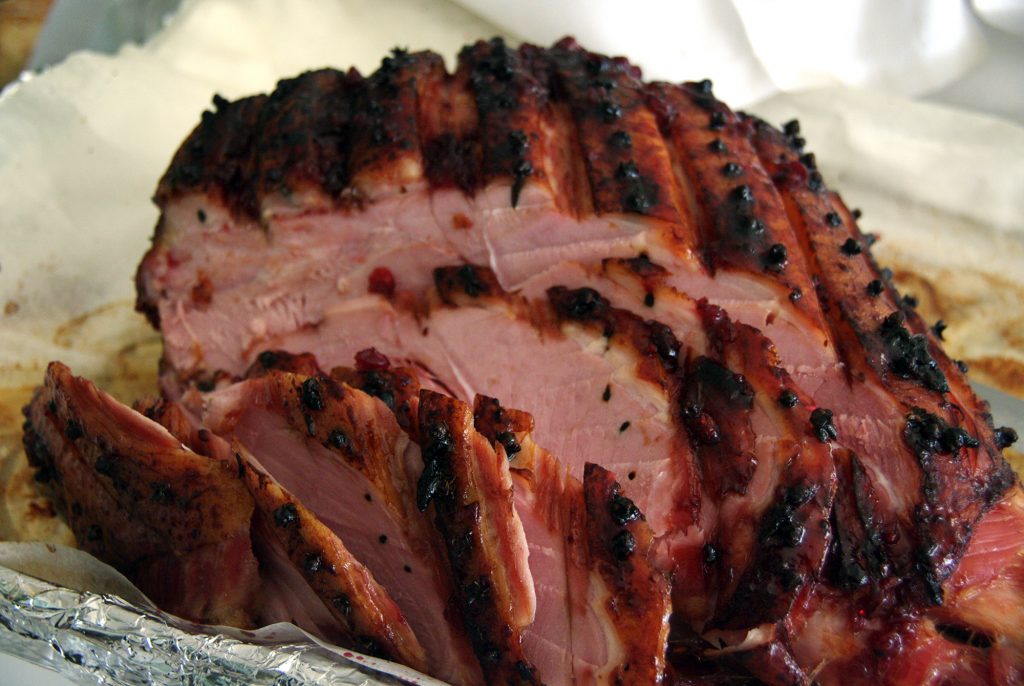