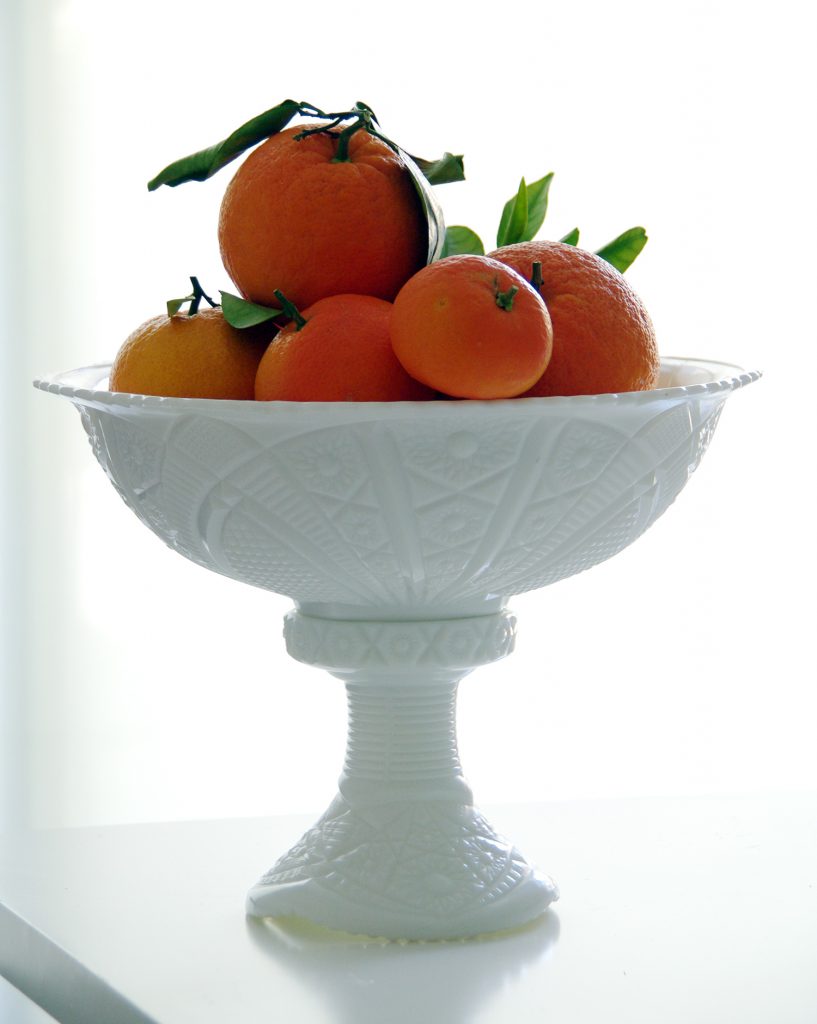 GO STRAIGHT TO THE RECIPE

There are many people one meets through a lifetime that leave a lasting impression and the late Margaret Hetzel was just one of those people. Margaret was an accomplished woman, a wonderful hostess, a fine cook, a loving wife and mother and finally grandmother, but most of all she found time for everyone around her. Most amazing was her ability to deliver advice in a gentle but effective way, a skill that is very hard to master.

My clearest memory of Margaret is when after some great function where I had delivered all sorts of unreasonable behaviour to my staff Margaret came and sat next to me and gently told me she’d been one the first persons in South Australia to have HRT. “Darling,” she said, “I’d have been a serial killer without it!” As if dear, lovely Margaret could have ever been a serial killer, but I got the message that had been delivered in the sweetest kindest and humorous way and I suspect my staff were ever grateful.

Women like me who are rather awkward socially, a bit on the clumsy side, way too outspoken, more at home with men than women find accomplished women like Margaret daunting because they have this way of getting everything 90% right. They always look gorgeous, they manage to say the right thing at the right time, they are well and widely read, understand what each social situation demands, but what is so damned intimidating is that, like Margaret, they are nearly always accomplished cooks. They are the fear of the professional cook because they just know too damned much!

Margaret would have never criticized, not even in the intimacy of her own home, but she would have always known when we got it wrong. 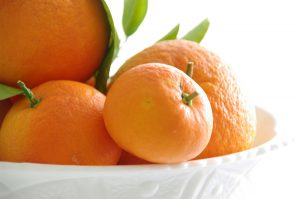 Place cut fruit, pips and any juice into a stainless steel jam pan and pour cold water over the fruit. Let it stand overnight. The next day, bring to the boil and then lower the heat and allow the fruit to simmer merrily (boil gently) for an hour.

Take the pan off the heat, add the sugar and bring back to the boil, then boil gently for a further 45 minutes, skimming sugar scum and pips off regularly over that time.

After 30 minutes if you are using the citric acid rather than the lemons, add now and boil gently for a further few minutes. Remove a teaspoon of the mixture, put it on a saucer, and let it cool briefly. If it remains separated when you run a finger through it, then it is ready and you can switch the pan off. If the mixture is still too liquid, then let the marmalade continue to cook. It should not need much longer than 45 minutes.

Remove from the heat and allow to cool for 20 minutes. Ladle into sterilized glass jars and seal immediately (Mum always used cellophane seals and rubber bands, then later would add a metal jar lid over the top). 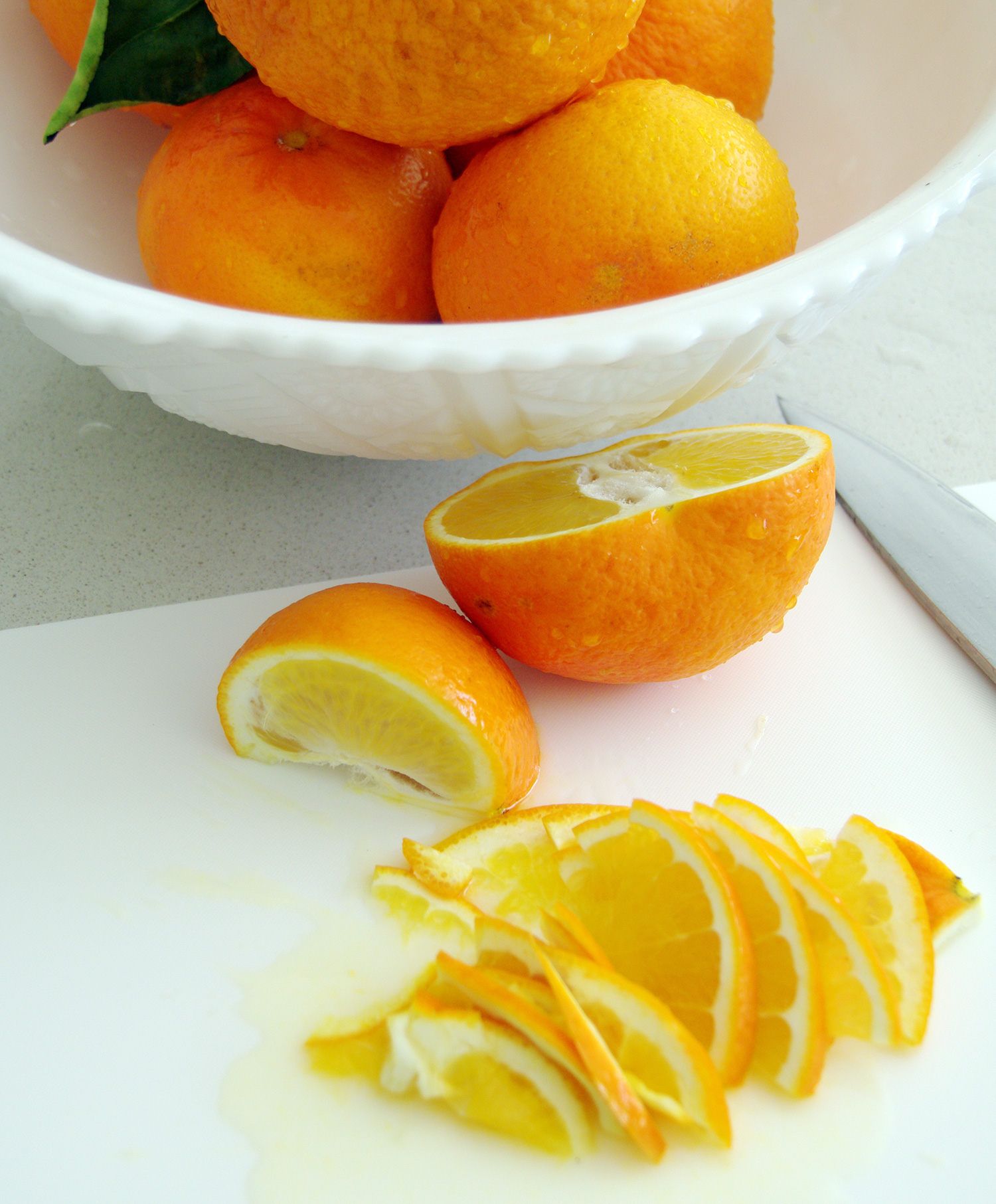 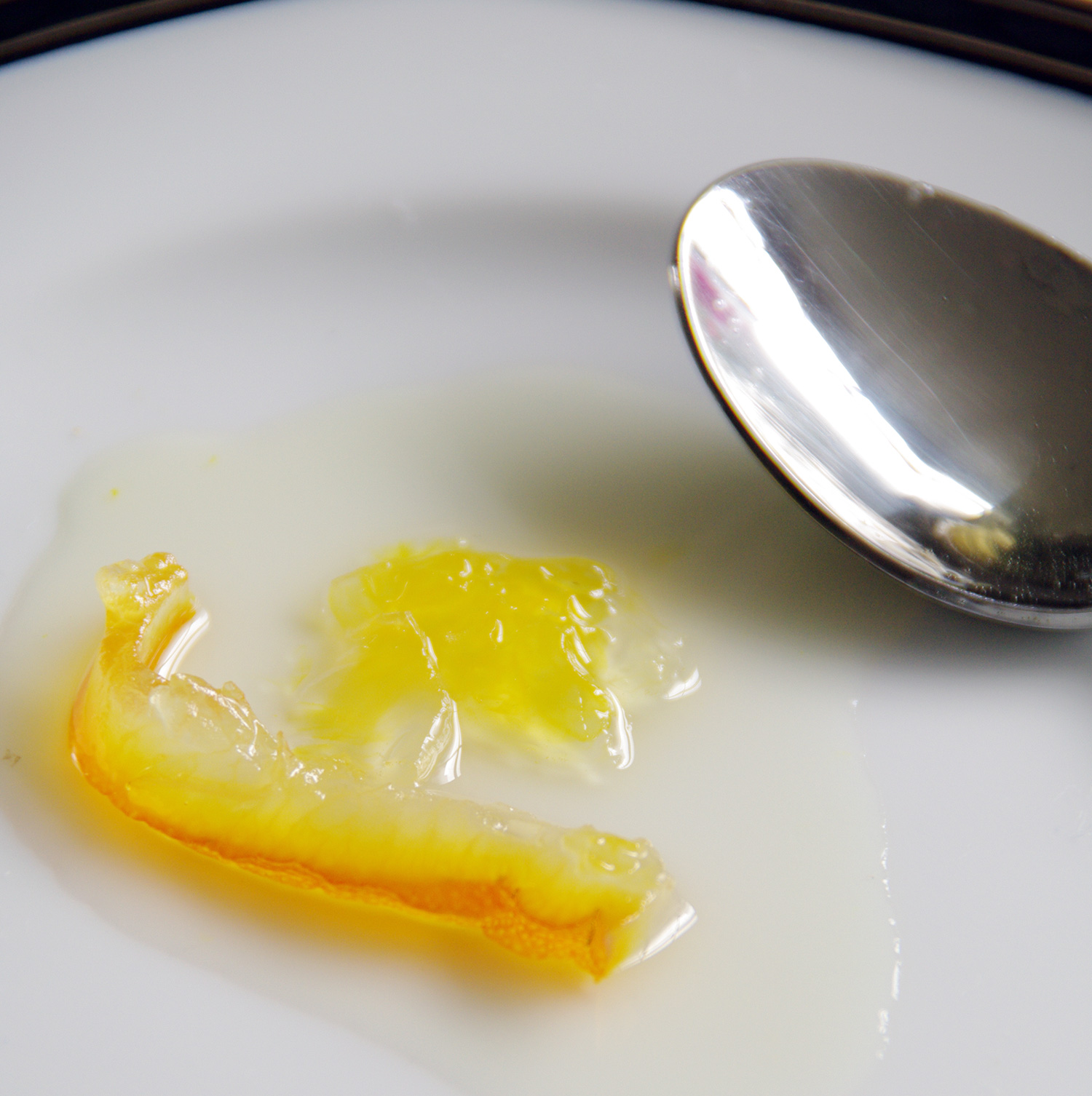 Whenever I make Margaret’s marmalade her spirit is in the kitchen urging me to slice the oranges finer, to reach her own perfection of show quality marmalade. And then there are the pips, the bloody pips that are always harvested with care, or so I always think, until I watch them float to the top of every jar.

The slyness of those pips makes me smile for the memory of Margaret whose marmalade was always perfect.

The fragrance of the marmalade perfumes the house for hours, another little bit of Margaret’s magic that keeps her sweet memory not just with her family who miss her terribly but the rest of us who were lucky enough to be allowed to share her. 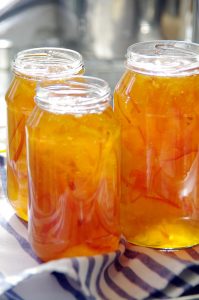 The recipe came via one of Margaret’s four daughters, Diana Hetzel and came with the following note; “Mum also kept a small supply of glass marbles which were placed in the bottom of the jam mixture while it was boiling to stop it ever catching after the sugar was added.

This recipe results in a clear jellied marmalade, which carries the light through it like a beautiful jewel. Mum was always careful to ensure it was not overcooked and dark in colour, although if a jar was ever overlooked in the cellar cupboard (God forbid), it was some years before it darkened. The other thing I remember was how the kitchen and the rest of the house always carried that enticing nectar of citrus, and just smelled of happiness and love (especially after all that fine cutting of the fruit!).”