Go straight to the recipe

This recipe is a modified recipe from a recent Australian Gourmet Traveller. I am often astonished that a method can be made so unnecessarily complicated and suspect that frequently, they are a commercial sized recipe divided mathematically to a more domestic size. That sort of culinary division frequently does not work. Add to that, as most of my regulars would know, I detest cups and teaspoons for their lack of accuracy.

It took a couple of very small lateral tweaks to make these delicious biscuits quick and easy to make. If you don’t have a Thermomix, use your blender and do a half batch.

Don’t stint on the quality of the chocolate…the biscuit alone wouldn’t be much it is the combination of the nuttiness and crunch and lack of sweetness of the biscuit in combination with the beautiful chocolate that makes these biscuits so terrific.

These biscuits are quite large and could easily be made smaller, however, the speed with which they vanished might indicate why so large. 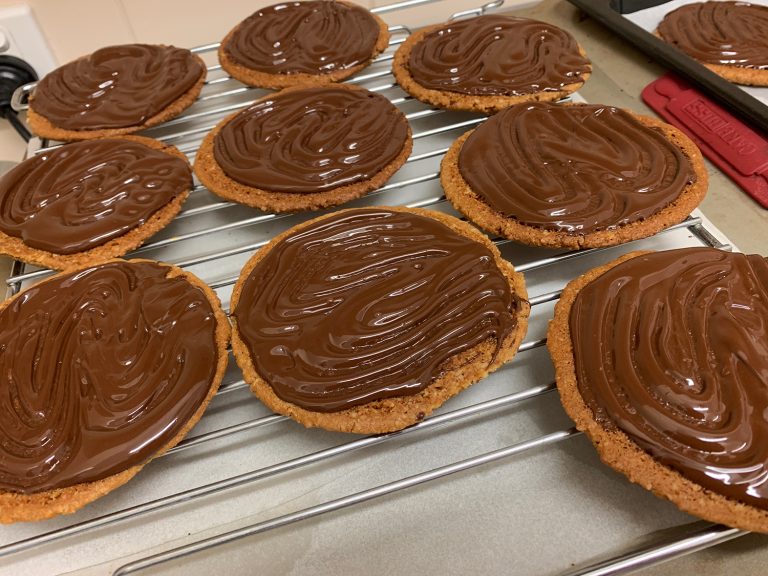 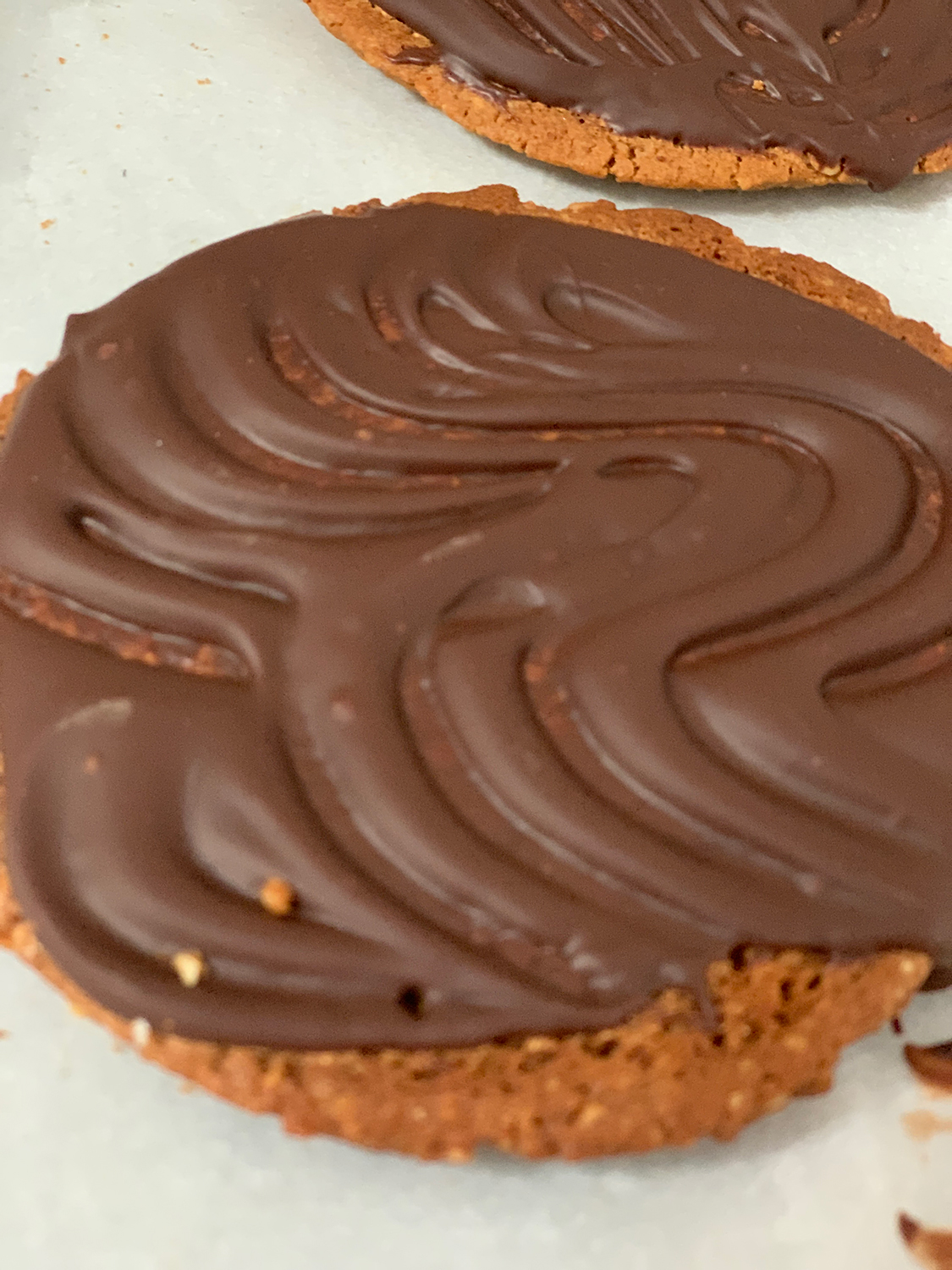 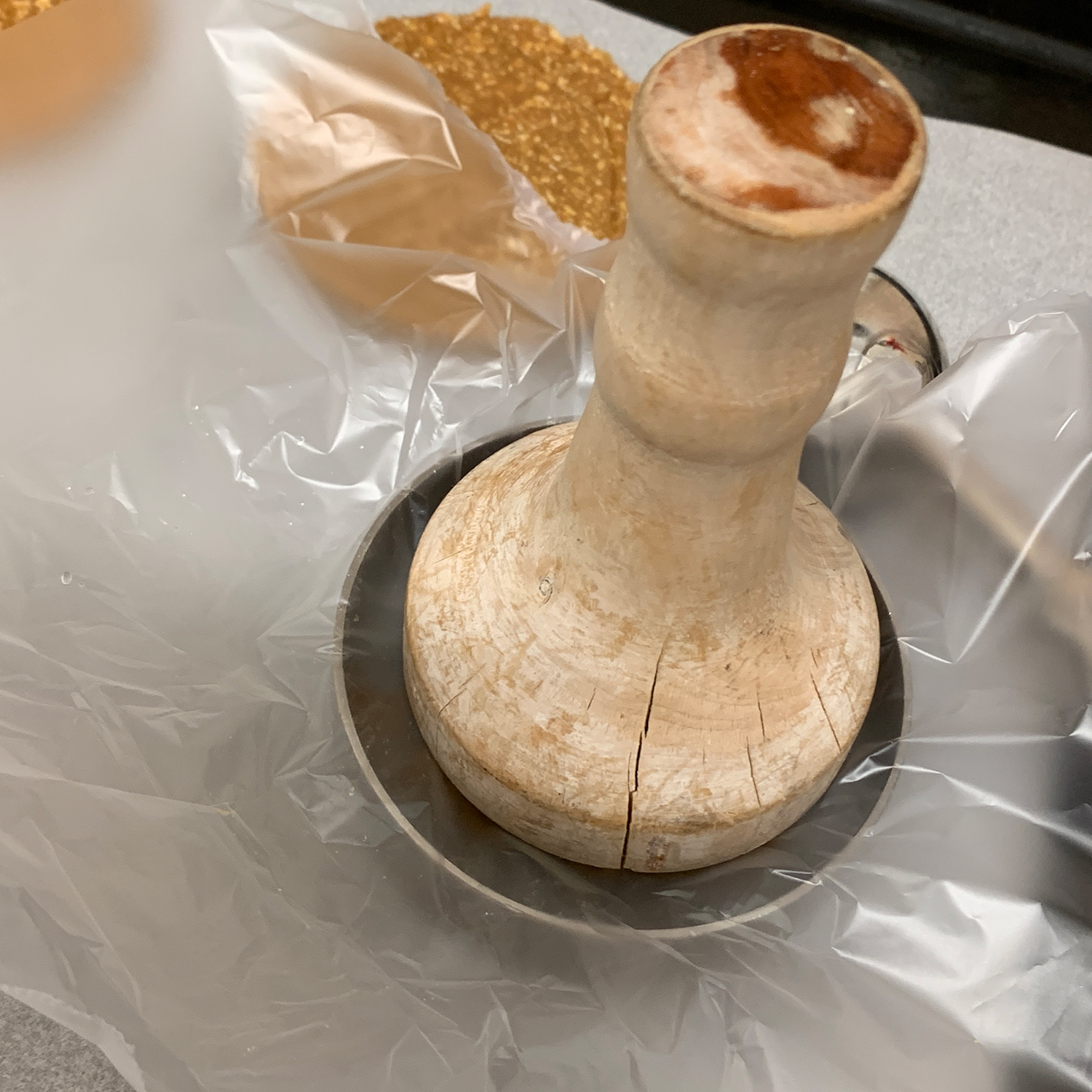 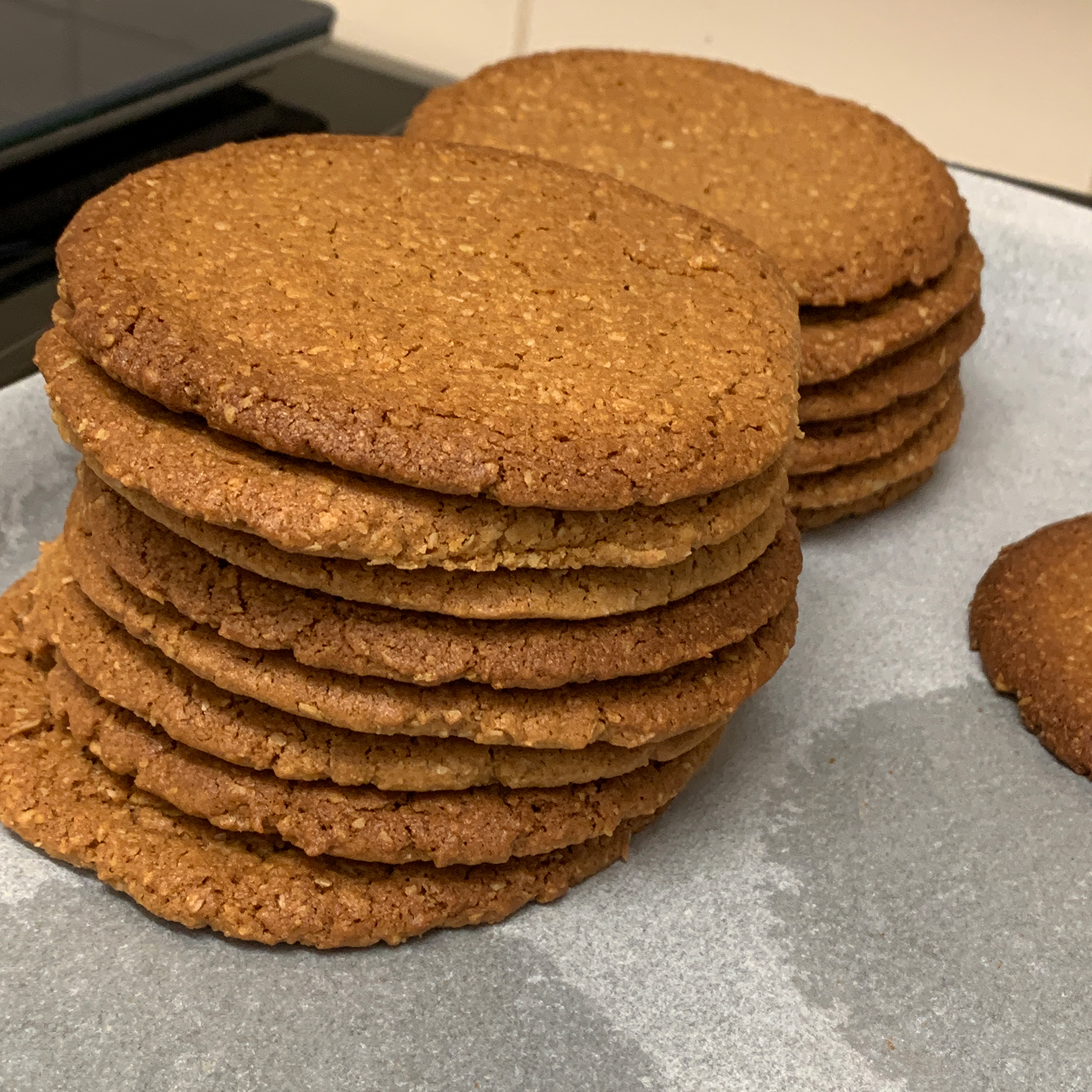 Weigh the SRF, oats, brown sugar and bicarb into the Thermo and work until fine crumbs. Weigh the butter and golden syrup into a small saucepan and heat on low heat until the butter is melted. Whisk together and allow to cool a little. With the motor running add the butter mix. Work only long enough to bring the mix together into an even dough.

Cover backing sheets with silicon mats or baking paper. These biscuits do expand a little so leave 3 cm between each biscuit. Using the ice cream scoop put a flat scoop into the centre of the egg ring. Cover with Freezer-go-Between and stamp out evenly to about 4mm thick.

pre heat oven to 180°C
The biscuits on cold baking sheets take approximately 18 minutes to cook and unless your oven is incredibly even turn them on 9 minutes. Always remember second batch on a hot sheet will cook a little quicker. 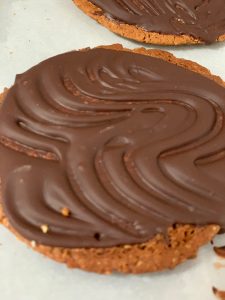 so good
don’t count on them lasting!

Cool the biscuits completely on racks on the mats/baking paper. To keep it in temper, melt the chocolate on very low heat. Spoon chocolate onto the flat side of the biscuit and wave pattern it with the cake decorating comb. Sit them back on the racks and allow the chocolate to set again.

Store in a cool place [ha! ha!] in an airtight container with Freezer-go-Between between each biscuit to keep them looking gorgeous.