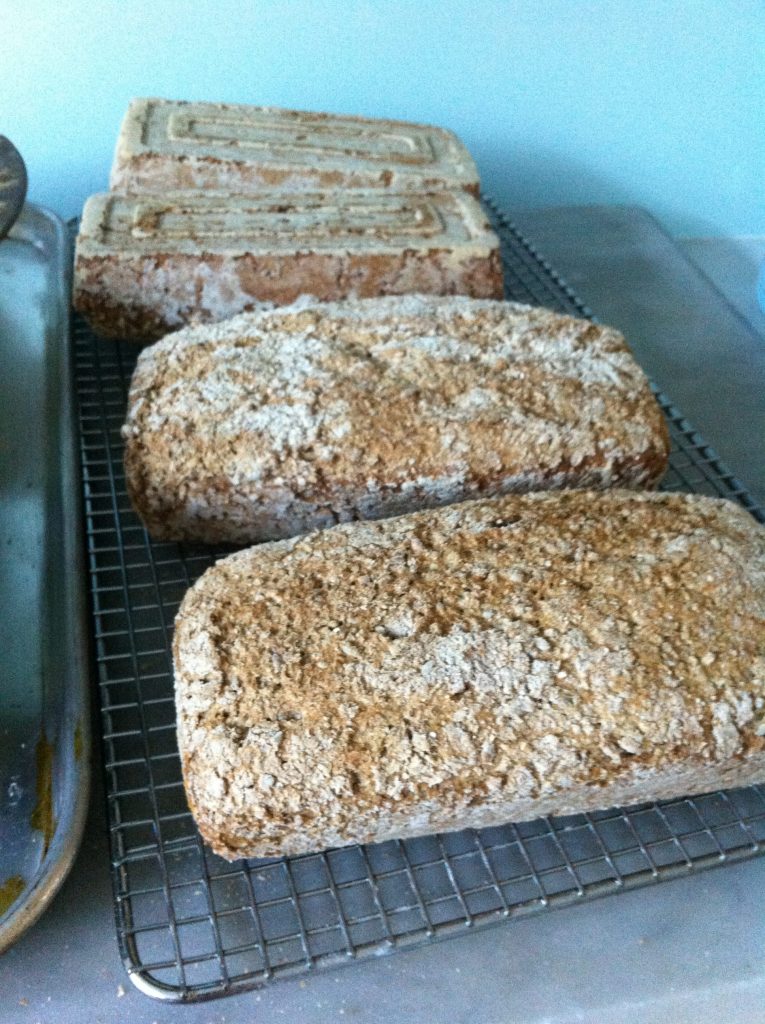 Always in search of a moist delicious bread that is full of flavour without being overly seedy, but equally elegant enough to make a fabulous canapé, a super elegant snack and much more. This new bread does just that…but the very good thing is that it is packed with goodness with grains and seeds. What we really like is that although the flavour is forefront it’s not one of those nasty breads with too much seedy texture. 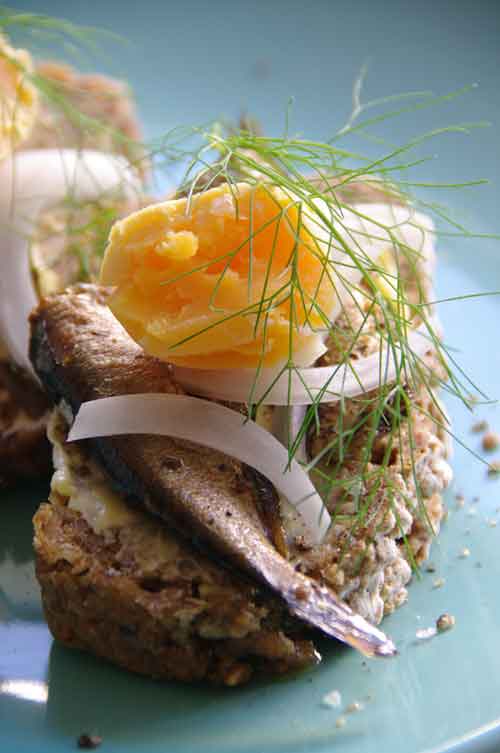 This is a very wet mix do not be tempted to add more flour..the recipe works perfectly

Weigh the grains and seeds into the Thermomix, and process, preserving some texture, using reverse until it is ground.

Weigh the water into a bowl large enough to hold all of the ingredients. Add the yeast and whisk until it is dissolved, then weigh in the molasses and set a timer for 10 minutes.

Mark the bowl with a texta so you know when it has almost doubled…..there is no accurate time for this it depends on so many factors.

When the dough has almost doubled, using a bowl scraper, knock the dough down, folding it against itself and then divide between the prepared tins.

tips
This bread is one of the yeast world wonders that improves with age. We do keep it in the fridge but equally a cool dry place will do as well.

Don’t try and make deeper loaves…we’ve tried. The outer crust becomes too hard before the center is cooked.