This is true KIS KIF…keep it simple keep it fresh and a reminder of how superb something that you make once, at best twice a year. 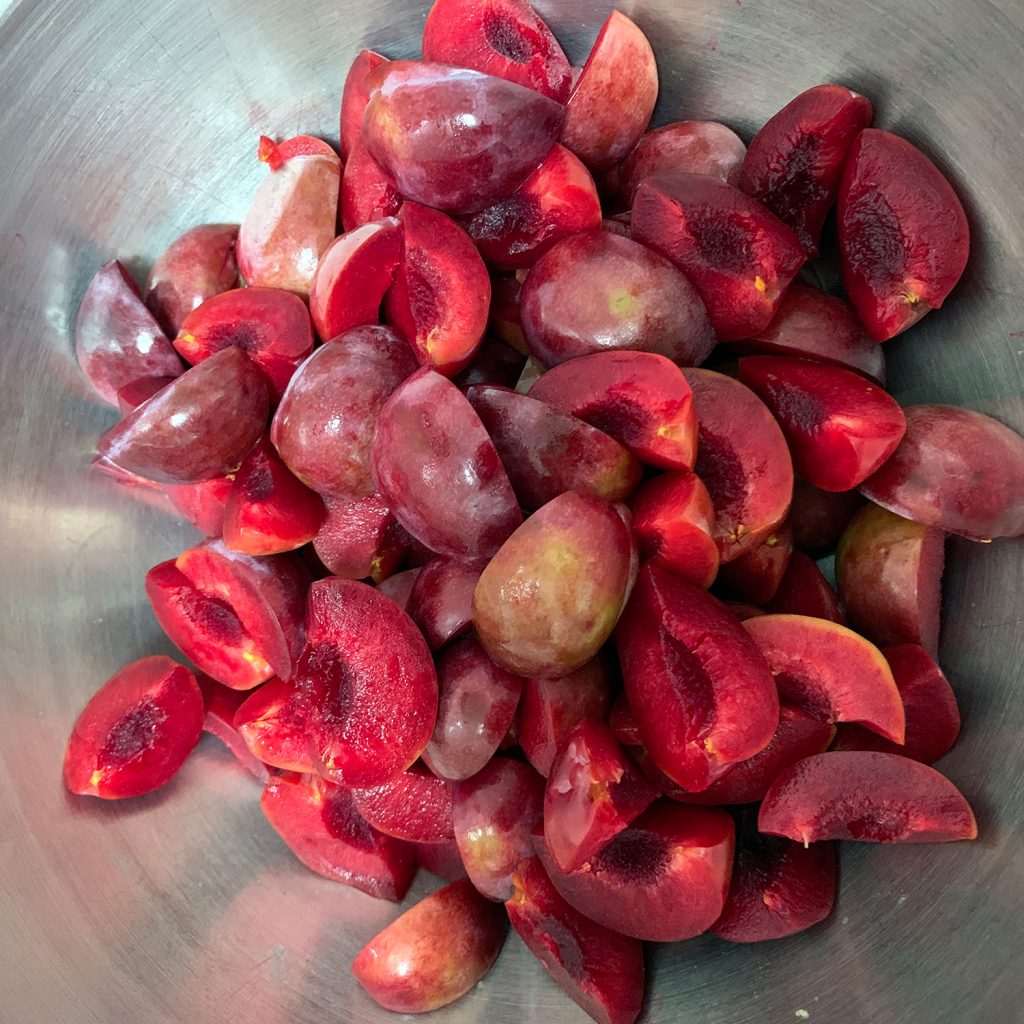 Weigh the flour, sugar and flavouring into your mixing bowl and mix together. Add the butter and work until it is fully incorporated.

for the plums
Satsuma and Mariposa plums are perfect. How do you tell the difference?

Satsuma are red to the stone, Mariposa have a slightly yellowish rim around the stone.

note…less than !kg of plums don’t waste your time…the more the better than can be vac and refrigerated for a few weeks or frozen for a few months.

for the cooking syrup

Bring to the boil, stirring the sugar long enough until it is dissolved. When it comes to the boil turn the heat off.

to prepare the plums

Cut them in half, remove the half and then cut the remaining half into half and remove the stone. Keep the halves and quarters separate the cooking time is different.

Allow the fruit to cool completely before assembling. 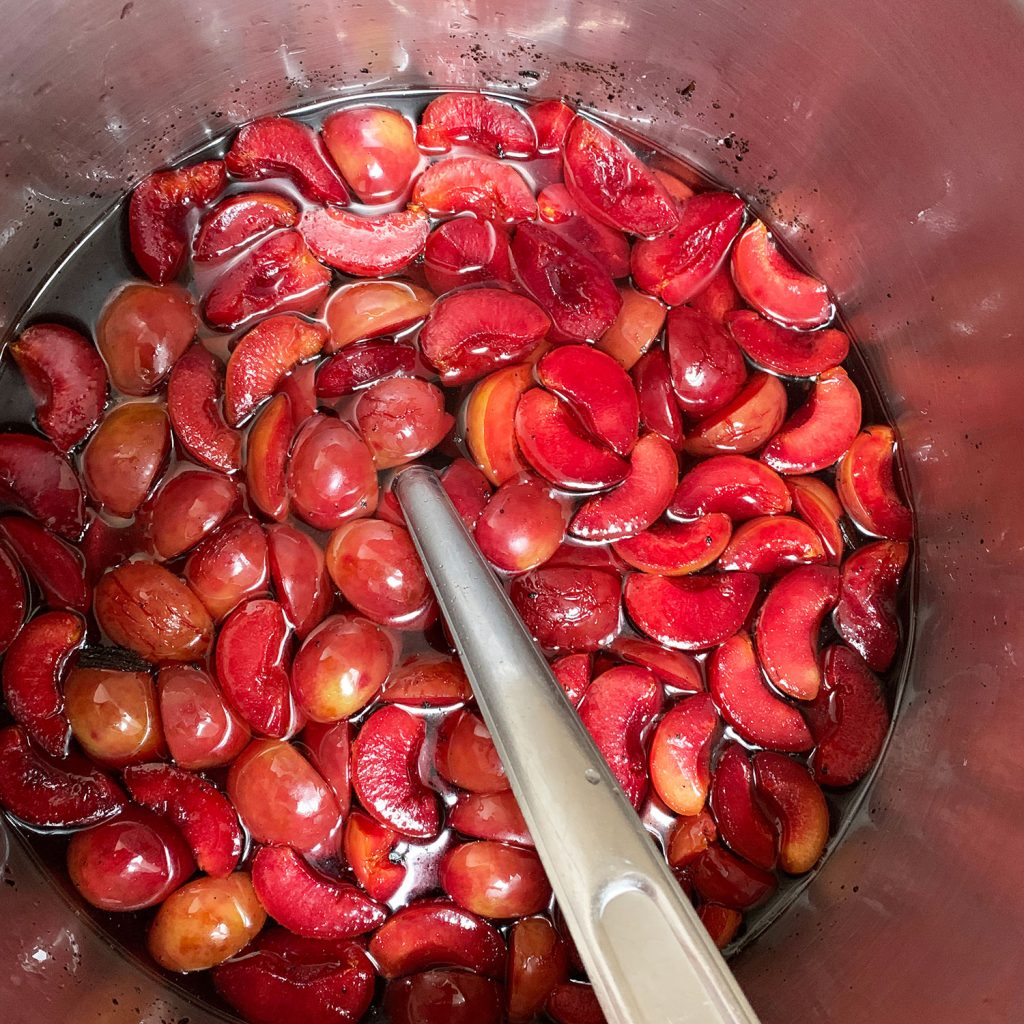 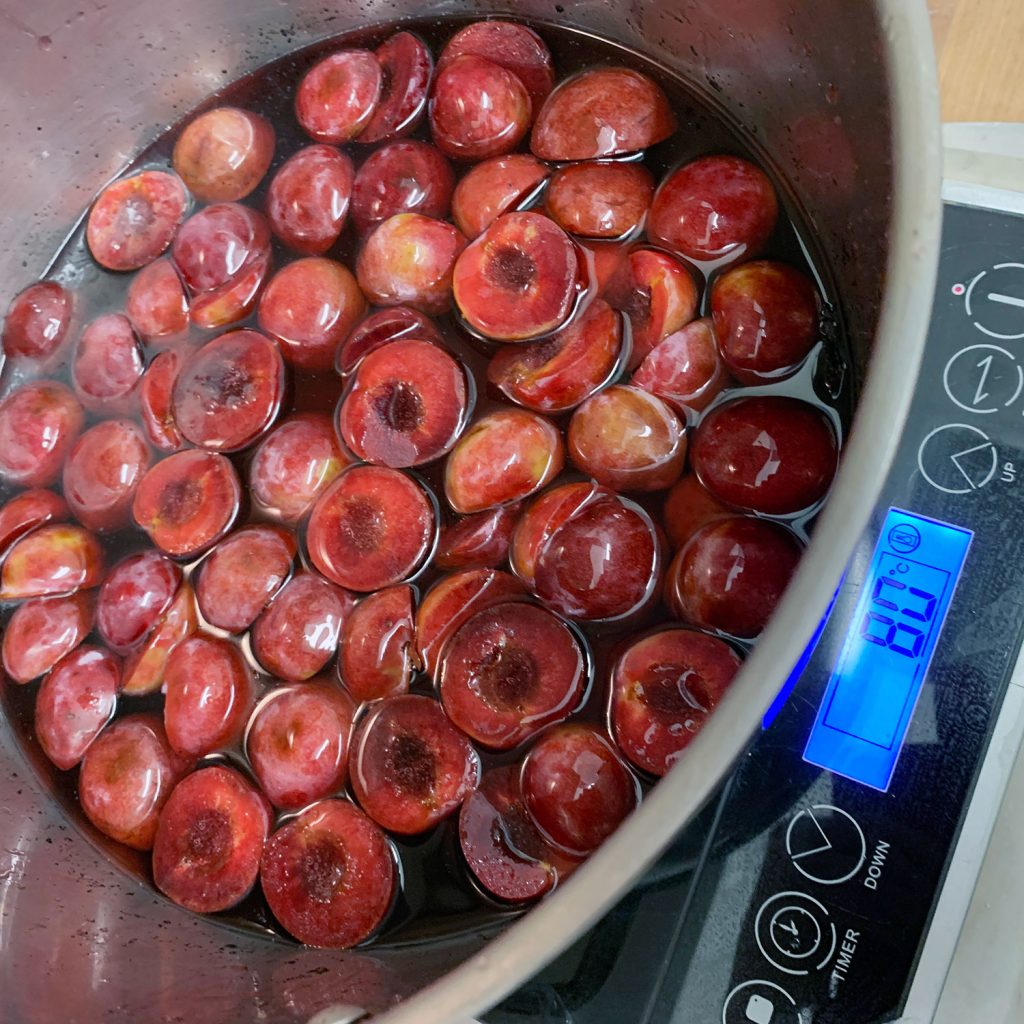 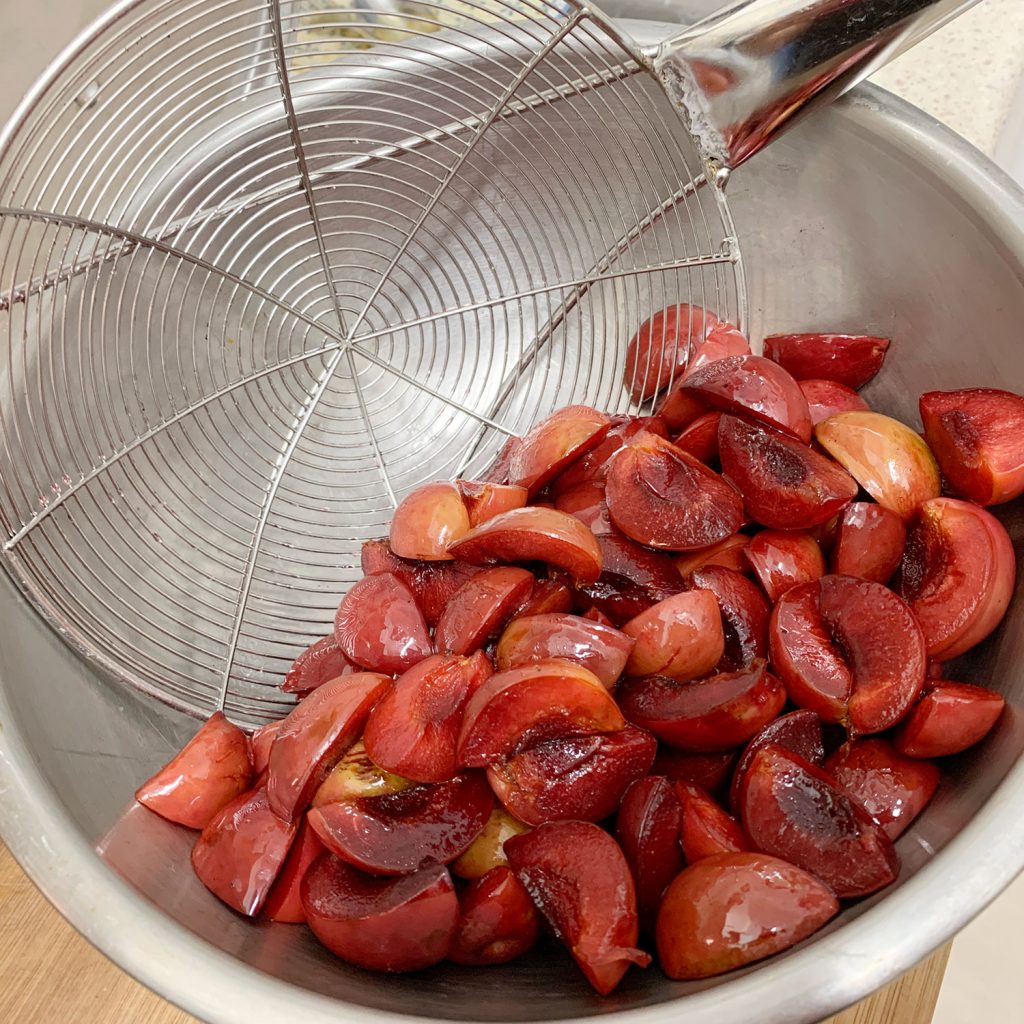 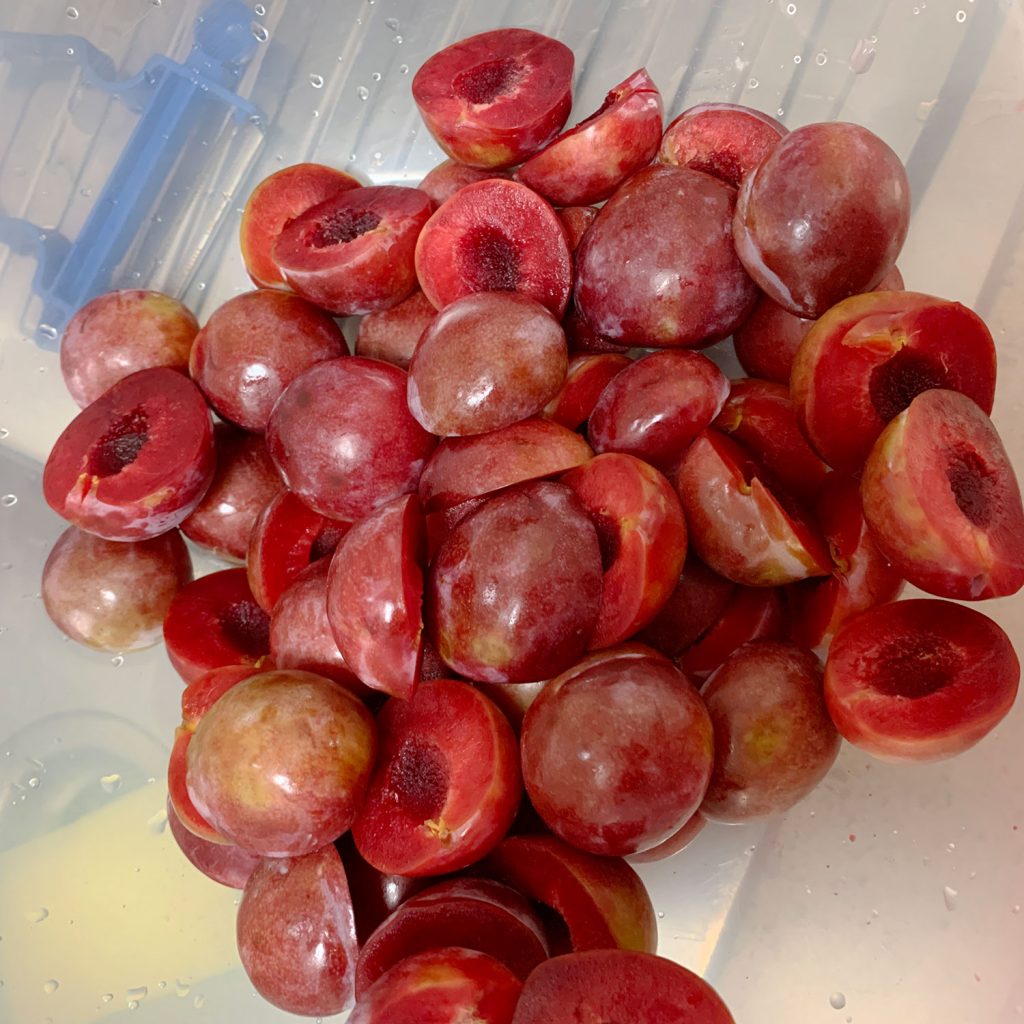 Weigh the milk, yeast and caster sugar into your electric mixing bowl and mix together. Allow to stand for about 15 minutes then add the whole eggs and yolk and whisk vigorously. Weigh the flour into the bowl, work together and halfway through add the salt and continue working until it comes together.

Transfer to a clean bowl, cover with plastic and refrigerate until you are ready to assemble.

to prepare
Butter and flour your tins.
Appropriately divide the brioche proportionately between your tins/tin.

Wet your hands with cold water and press the dough evenly out into your tins.

Keep the quarters and halves separate closely stud the dough with plums. Layer a very fine crumble sparingly over the top and then do larger crumble lumps.

at this point you can freeze the prepared dish. 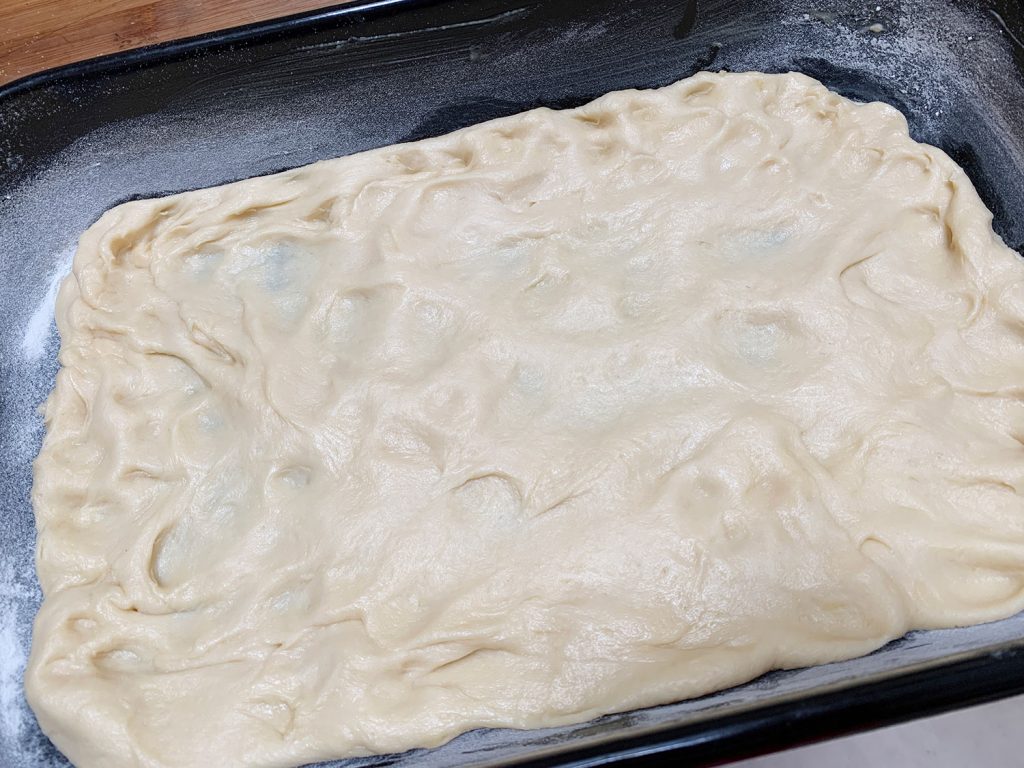 Use your fingers to push the dough to the edges of the tin. 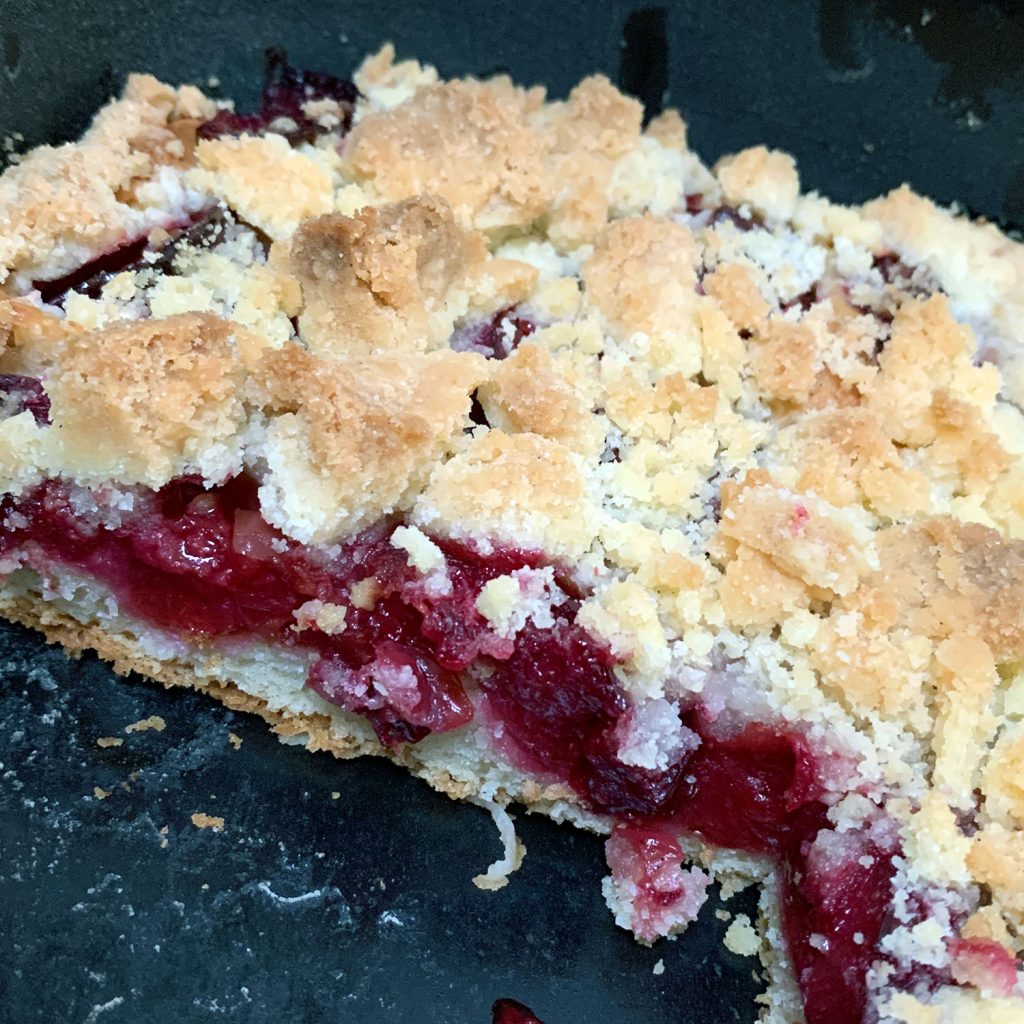 Takes about 45 minutes to cook through to the centre…if you do a dingle dish spray the edges with cold water.

We time this to come straight from the oven, let it sit for about 10 minutes to firm up for cutting…rich cream, more fruit and a little syrup [go easy on the syrup it is quite sweet.]

what do we do with the rest of the syrup..well!
30g syrup
60g Aussie gin
ice
tiny splash Fever Tree Ginger Beer
garnish with mint and a slice of ginger 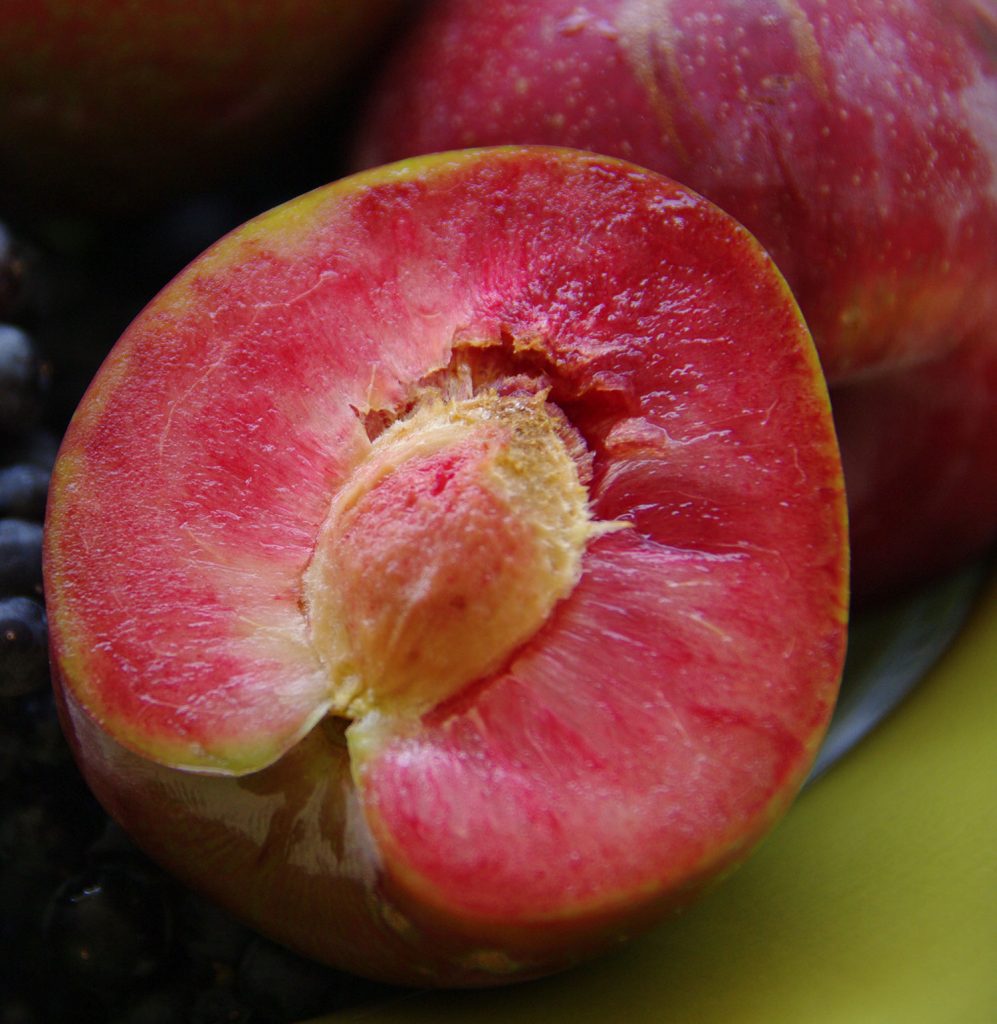 To help you identify the Mariposa plum, that lighter edge around the stone and a greenish tinge of the skin.