in praise of local
fish
species

go straight to the recipe for Marinated Australian Salmon

Australian salmon is a childhood memory of double headers in the creek at Queenscliffe [Victoria] where my brother Kym and I spent our summer holidays. Our grandfather, George William Valentine Ferrier was one of 13…one had a cray boat, another a scallop boat, another the ferry that went between Queenscliffe, Portsea and Sorrento another the holiday flats. It was both our grandparents second marriage and our grandfather was a lighthouse keeper famous for his ability to catch whiting when no one else could. So famous, for that skill, that tourists used to follow him around as he led them on a wild goose chase and hurled insults at them in an effort to deter them. His son, our Uncle Norman, build Olympic Quickcat catamarans and used all the family kids as ballast in the rip when trialing them. It was all at once terrifying and exciting and we loved it.

A different time as long as we turned up by dark we could do whatever we wanted. The only arrangement that had a time set to it was to go fishing with George William [akka Grandpa!]

Adelaide peeps this fish came from Fair Fish who also sell retail and do a monthly public market. All details on their web site, subcribe, get a weekly fish list, order and either collect or delivery Adelaide Metro is only $10. 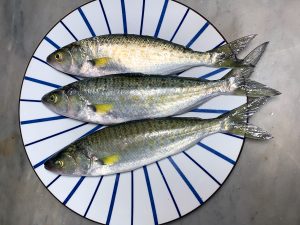 does not smell fishy
a good reason to
buy local 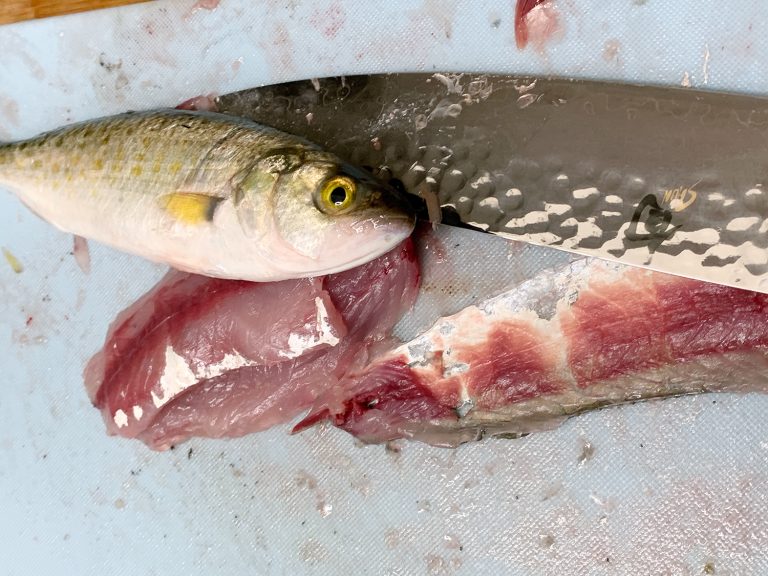 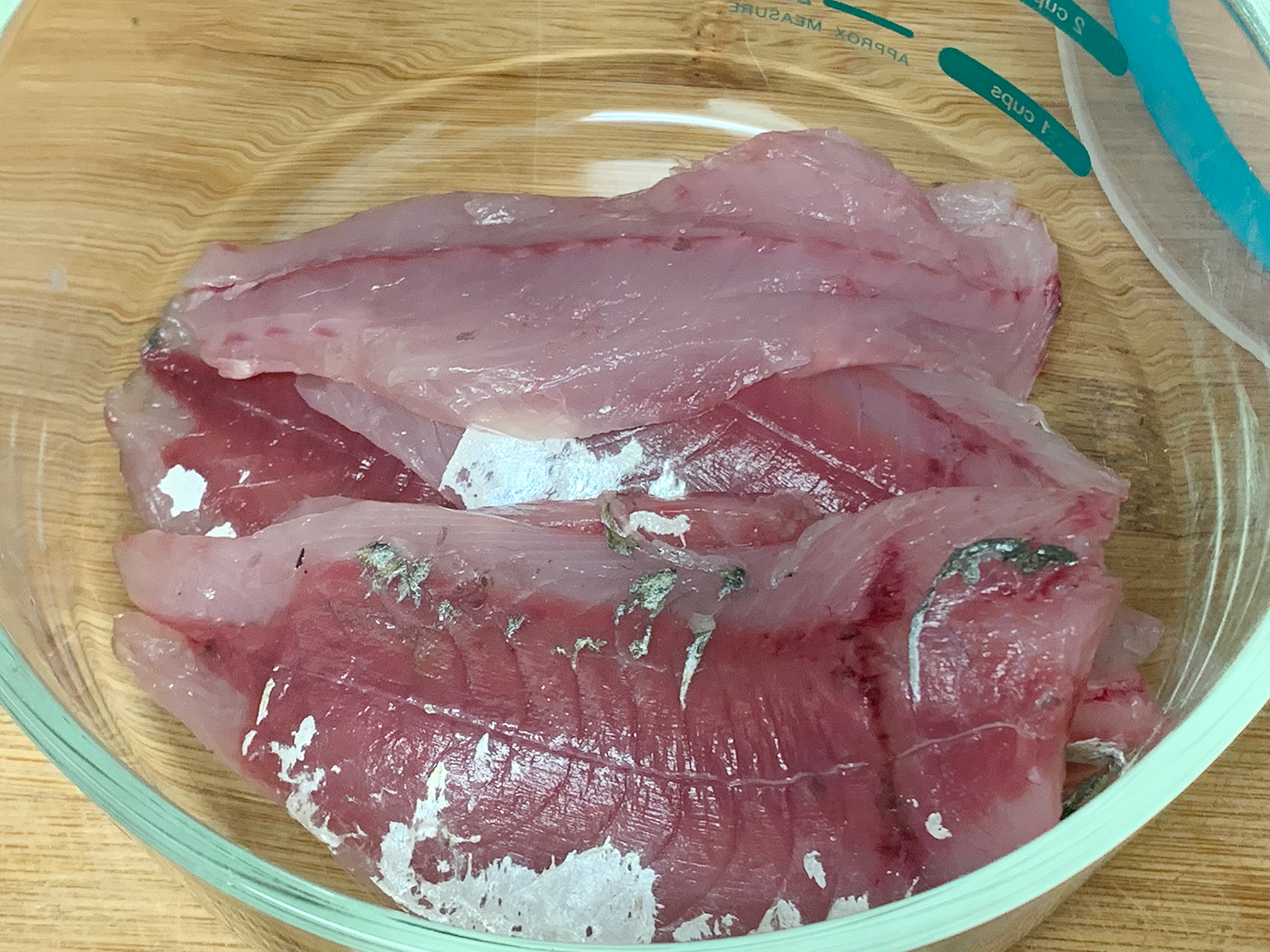 Bring a small amount of water to the boil, drop the julienne ginger in, stir around and immediately strain it off and rinse under cold running water.

Put the julienne ginger, ginger piece and yellow rock sugar into a bowl and the weigh in the soy sauce, fish sauce and pickling liquid and stir together. Don’t fret that there will still be some rock sugar lumps, they eventually dissolve.

Add the fish fillets and contact cover with a disk of freezer go between. Refrigerate for at least 24 hours before serving.

Serve with a small Asian style salad and a dab of wasabi mayonnaise.

[1] If you have the skills to gut, scale [when required] and fillet fish we strongly urge that you don’t wash your fillets under tap water. We don’t scale fish when we are going to skin them and we always wipe the fillets clean with a damp cloth.

[2] We save all pickling liquid left over from preserves in this instance Bread and Butter Cucumbers.