entrée for 4
This recipe is referenced from a Dan Hong recipe we found in Australian Gourmet Traveller – we are planning to buy his book Mr Hong as we are sure his eccentric fusion Asian will be an interesting read. Dan Hong also has a TV food show currently on SBS The streets with Dan Hong. 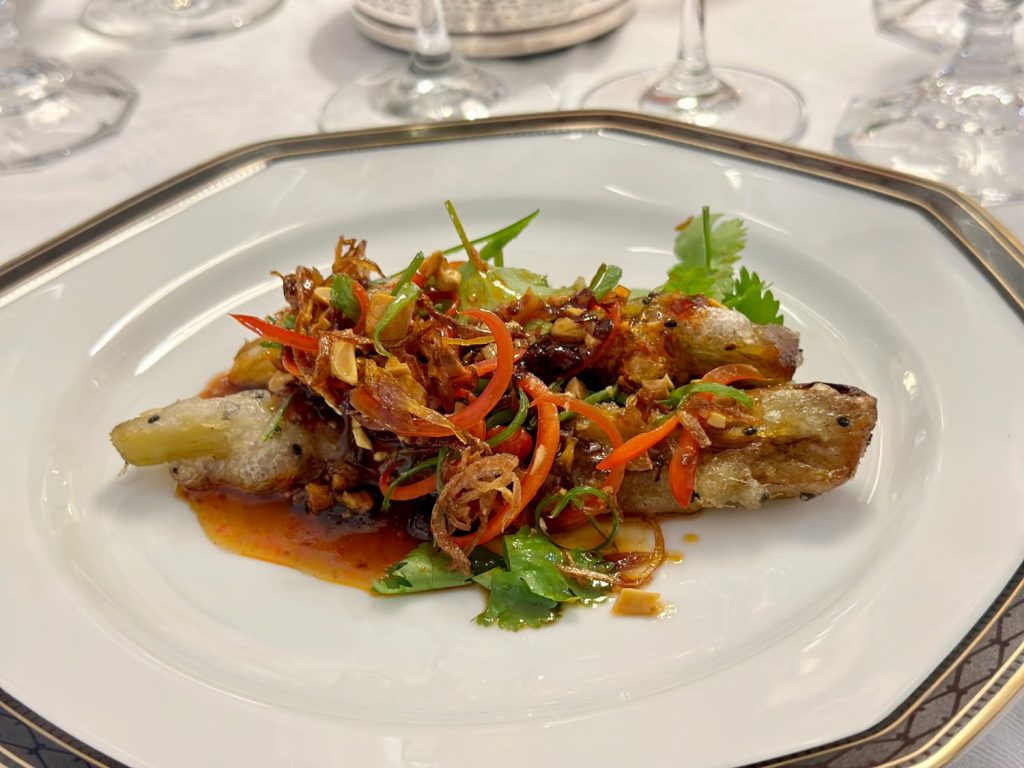 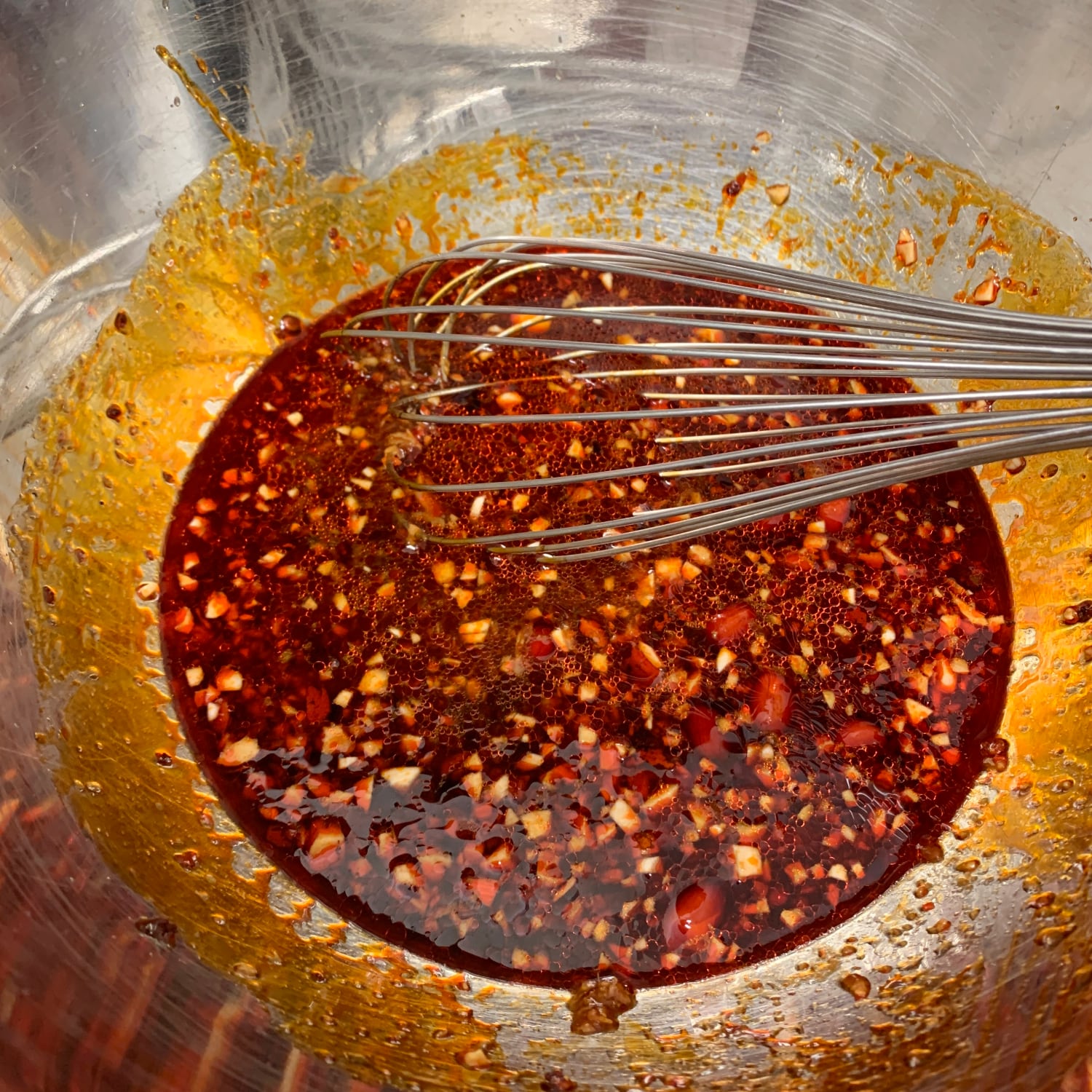 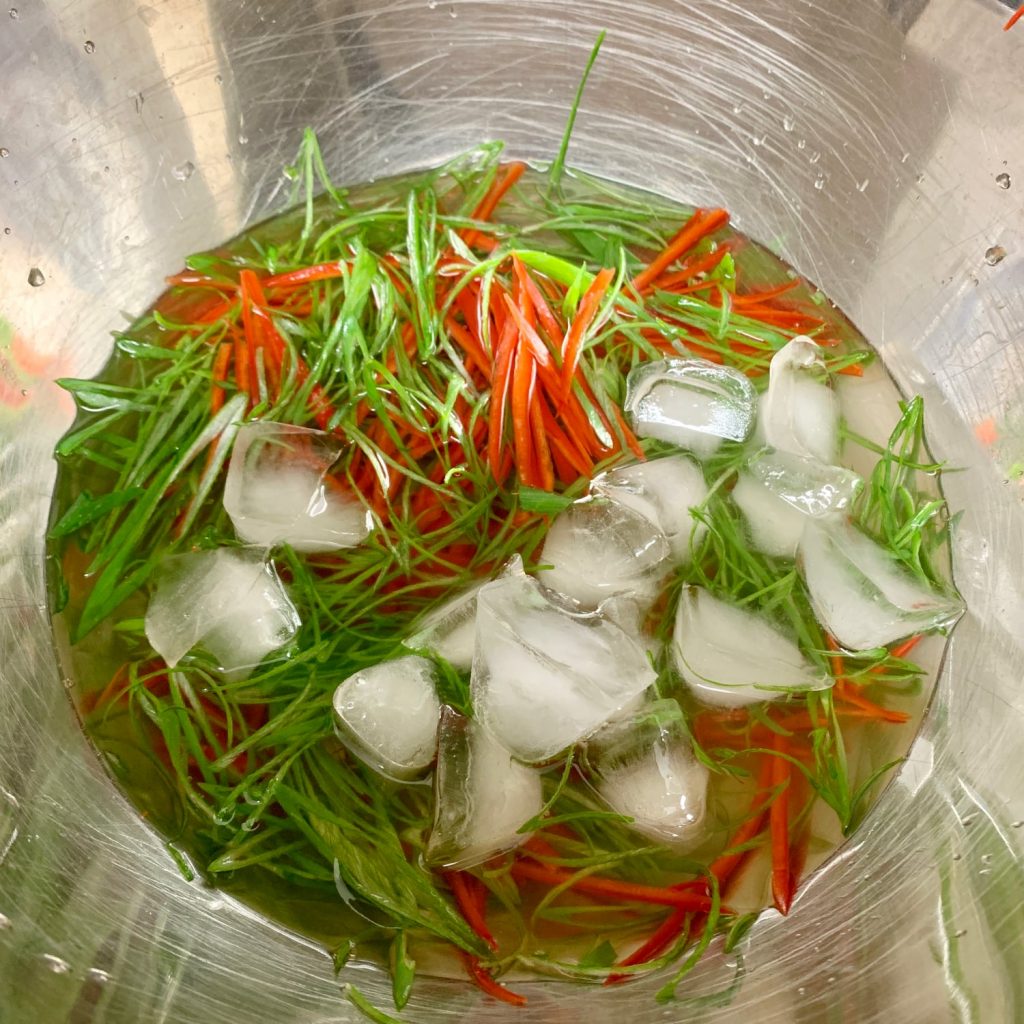 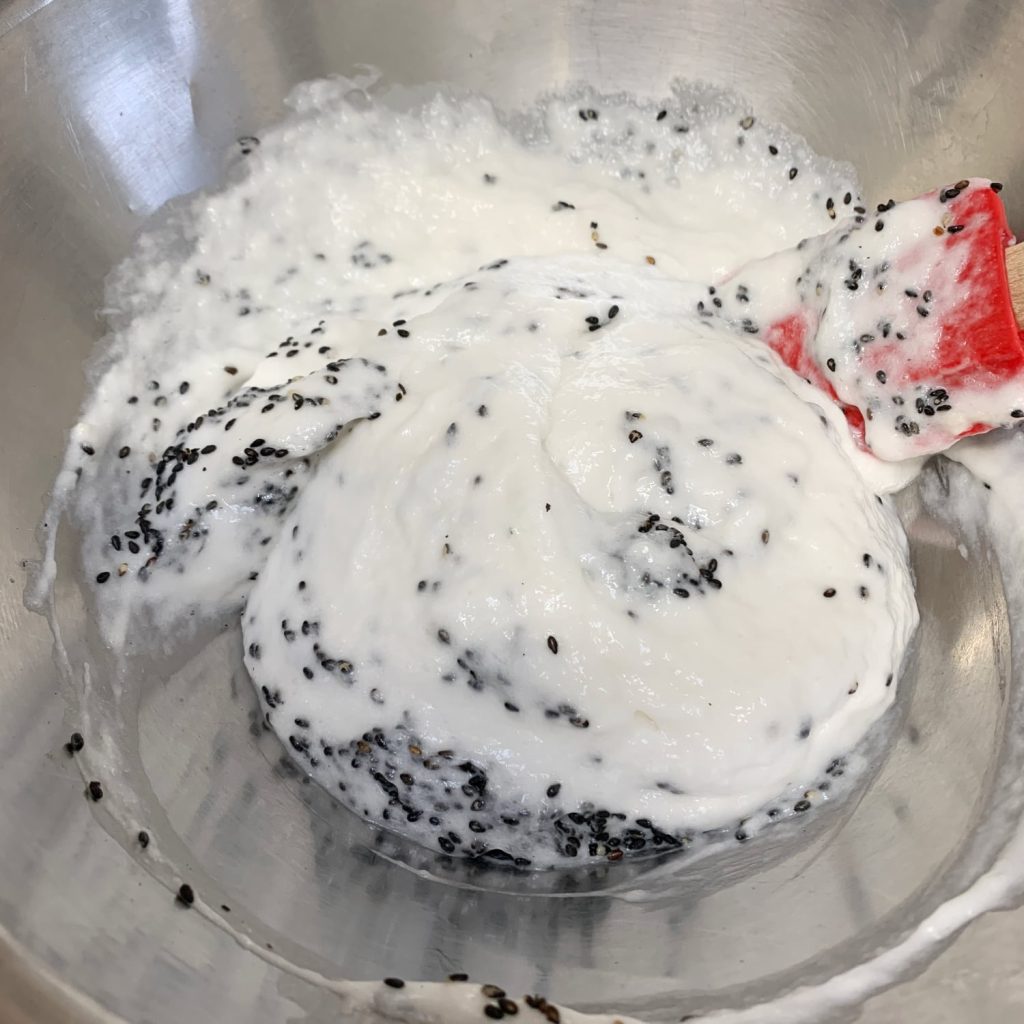 for the sauce
Starting with the water, weigh everything to the line into a saucepan and place on high heat. Stir long enough to lift the sugar from the bottom. Weigh the remaining ingredients into a bowl. As soon as the syrup starts to thicken, lower the heat and stir in the remaining ingredients. Stir until evenly combined and continue cooking at a low simmer until the sauce has a good sticky consistency when cooled on a cold plate.

for the batter [5]
….best only made a couple of hours before you want to use it
Weigh the water into a blender and then weigh everything on top except the sesame seeds. Blend until you have a smooth gelatinous batter. Scrape into a bowl, stir through the black sesame, cover, and leave in a cool place. Do not refrigerate it firms too much for this dish but left over is still good for the seaweed sesame crackers.

for the garnish
Put the julienne chillies and spring onions in a bowl, add a cup of cold water and the ice. Stir over and allow to stand until they are curled. Drain. Put a double layer of paper towel in an airtight container and put the drained julienne on top, then the coriander, close the lid and store in the fridge. Day before at most.

to finish the dish

Heat the oil to 180°C [6]
Rewarm the sauce …do not boil
Dip the eggplant pieces into the batter and dop them into the hot oil. Don’t panic if they stick together they can be pulled apart when plating. Do not move the pieces around until you can see the bottom surfaces are golden and crisped. Flip them over and continue cooking until this side is also golden and crisped. Drain on paper towel.Layer the eggplant, spoon some of the sauce over each layer, scatter the garnishes over the top, peanuts, and crispy shallots last. Serve more sauce on the side.

Bask in the compliments!!!

[1] If you can get the long thin Asian eggplant these are the best for this dish.

[3] Chinese soy paste is different to Korean and Japanese soy paste…it is less sweet with a more savoury flavour profile.

[4] If you want to spoil this otherwise brilliant dish use the nasty rancid crispy shallots that you can buy at your local Chinese grocer. Yes, when you make them yourselves they go from golden to burned in seconds. Best advice, stir often and stay with them.

[5] We have had a couple of goes at this batter and first time around made the mistake of putting it in the fridge where it almost set solid. Only use new oil. We are finding dozens of gluten free applications for it from battered fish to crispy seaweed sesame crackers…stay tuned!

[6] Eggplant is oil needy but if you want to have a great fried dish you must cop the cost of decent oil! We never  use Canola oil.